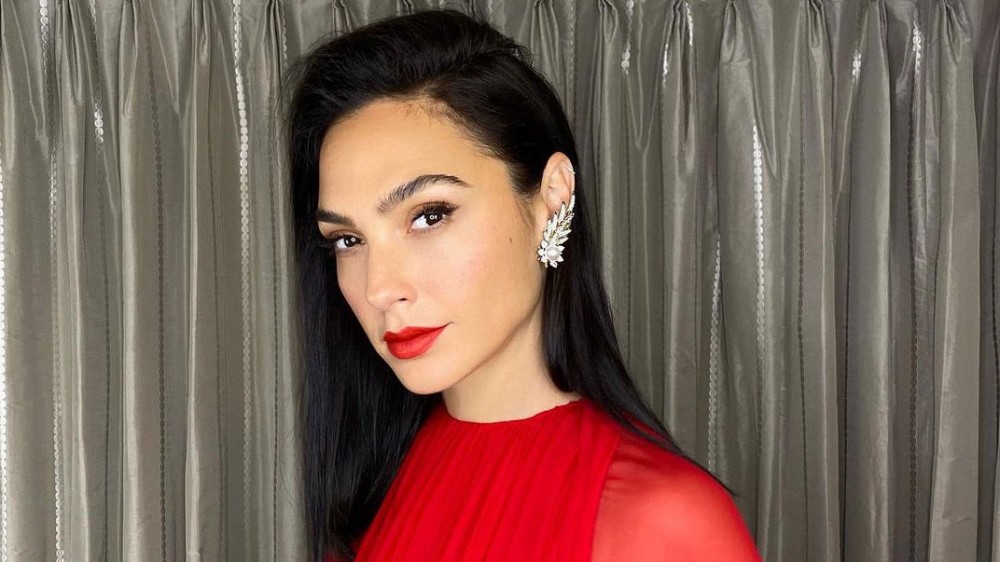 Wonder Woman 1984 may be headed to HBO Max instead of the big screen, but the film arrives with all the hallmarks of a year-end blockbuster. The lead up to the sequel, which explores the Regan-era life of Princess Diana of Themyscira, kicked off earlier this month with a global slate of premieres and a full-scale press tour. Its lead, Gal Gadot, is delivering epic fashion at every appearance. Case in point: at today’s Chinese virtual premiere Gadot live-streamed in a statement look from Valentino’s spring/summer 2021 runway. The crimson, draped silk, tulle gown was the grand finale to Pierpaolo Piccioli’s September show. When model Denise Ascuet wore a version with a transparent bodice down the runway, the dress encapsulated the unbridled romanticism that inspired the collection.

By comparison, Gadot’s opaque version of the gown was modest, but it didn’t lack drama. As styled by Elizabeth Stewart, the dress was a regal addition to the star’s promotion tour wardrobe. Paired with diamond ear cuffs from Tiffany and Co., slicked-back hair by Mark Townsend, and a bright red lip from makeup artist Sabrina Bedrani, the look was chic from head to toe. More than making the already-glamorous Gadot seem in her element, the Valentino piece aligned with the spirit of her famous character. If an Amazonian Queen had to choose something to wear from the collections, it would probably be one of Piccioli’s refined creations. Toss in a lasso of truth and a couple of bulletproof arm cuffs, and the dress could easily transition from Gadot’s closet to Diana's.