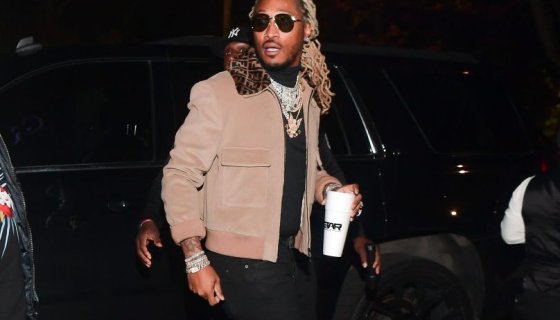 While many of ‘s fans are celebrating the rapper’s supposed coup in r of one of his children, his eldest son potentially faces serious time behind bars. Jakobi Wilburn was arrested in January in relation to charges stemming from illegal gun possession and gang activity.

As reported exclusively by the good folks over at BOSSIP, Wilburn, 17, is facing charges that include criminal gang activity, criminal trespass, and altered ID of a firearm. The last of the listed charges defines that the serial numbers for the firearm were apparently scratched off to avoid tracing. Under Georgia state law, Wilburn will most likely be charged as an adult based on existing statutes.

Future, real name Nayvadius Wilburn, has not publicly responded to his son’s arrest and it isn’t known the extent of their relationship or connection. Further, BOSSIP adds in its reporting that the son is employing a public defender in connection to his case.

A court date for Jakobi Wilburn has not yet been announced.