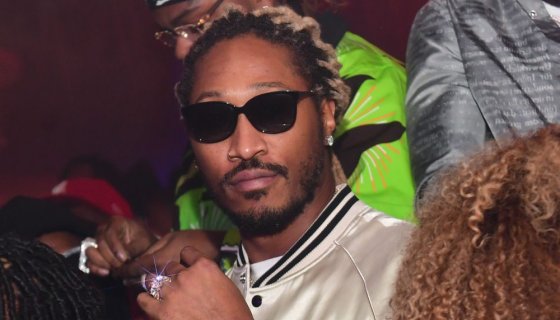 As continues to attempt to slap a gag order on , the alleged mother of an 11-month toddler she says he fathered, the Instagram model is fighting back. In a new lawsuit, Reign says that the Freebandz honcho’s attempt to silence her legally will be met with fire as she aims to have the claims against her dismissed.

As reported by The Blast, Reign filed her latest lawsuit against Future stating that the pair had a ual relationship for four years and that he is indeed the father to the girl, known as R.W. in court filings. According to Reign’s social media account, the initials stand for Reign Wilburn, which is Future’s last name.

Eliza says Future has already tried to gag her in the paternity case and was shut down by the court. Eliza accuses him of suing her in an attempt to “intimidate, harass, and financially drain the Mother herein so that she will either dismiss or accept an unfavorable settlement in the paternity proceedings which are currently pending before” the family court.

She claims despite his attempts to avoid a DNA test, Future is the father to her kid. Therefore, any comments she made about him being the father are not defamatory.

Eliza trashes him pointing out, “To the contrary, his ual relations with 7 other women with whom he has fathered children are all documented and widely reported on the internet and discussed on social media. It is unknown why he would think this one would be any different.”

Reign wants Future’s lawsuit tossed with immediacy and for him to pay her mounting legal fees.

Future was ordered by a judge to take a paternity test, something it appears he has yet to do. A quick look on Reign’s Instagram page also makes note of the rapper’s reluctance to confirm his fatherhood status with “JUST TAKE THE TEST” in place of the user name field on her account.

New Whip Alert! @ReignWilburn stunting in her @bentleytrike 💕 Use my code ELIZA100 for $100 off your order 😘