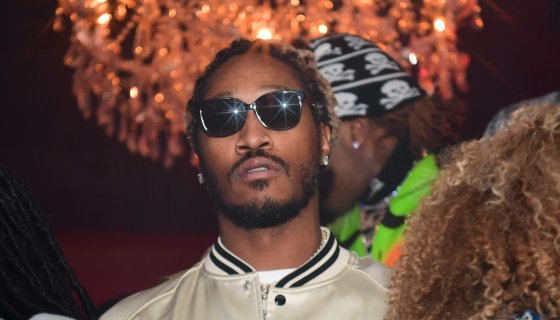 The child support case/drama betweenis the stuff of struggle legend. In the latest news, the Instagram model who is took an L in court.

A judge denied Reign’s request that the “March Madness” rapper be punished for asking the judge to lower his child support payment.

This week, a judge denied her motion to punish Future for asking the court for a downward detion in the amount of child support he may have to pay for her daughter, who turns one years old this month. The judge denied the motion without prejudice, so Reign can file it again if she wants, according to court papers obtained by BOSSIP.

However, the mother still believes her one-time lover isn’t playing fair when it comes to her case, and she’s just asked the judge to punish him for allegedly flouting a court order forcing him to take a DNA test to see if he really is the baby’s father.

The judge hasn’t yet ruled on the motion.

Reign has sued Future for allegedly not giving her a dime to raise his alleged daughter with Reign. Strangely, the rapper has yet to take a paternity test.

Nevertheless, Future has responded in kind with his own lawsuit, alleging that Reign has been talking him up in the press too much and accusing

Their respective lawyers are due back in court this week.