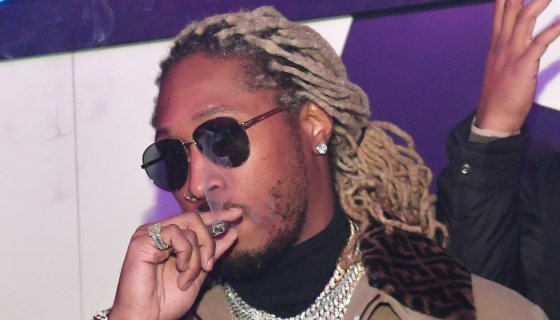 has a lot of baby mamas. Some of them have no problem sharing their stories—thus, the Atlanta rapper is suing one of them.

According to TMZ, the “Wicked” rapper has filed a lawsuit against Eliza Seraphin aka , the woman who claims she’s the father of his seventh child, for defamation and invasion of privacy.

Reportedly, the lawsuit accuses Seraphin of sharing intimate about Future and their supposed to be private ual relationship…for clout. And to get more money out of him, too.

Future does cop to having a ual relationship with Seraphin from 2016 to 2018, but says he would have never done so if knew she would end up spilling the tea.

Know what, we’ll let TMZ handles the rest of this struggle:

In the docs, Future claims Eliza gave a vivid description of his genitals during an interview with Rah Ali and then blasted it out to her Instagram followers.

In the suit, Future also claims Eliza is spreading lies about him on social media — like the time she claimed he hired someone to murder her because she wouldn’t get an abortion — and claims it’s hurting his brand and causing substantial emotional distress.

Future wants a court to stop Eliza from trashing his name publicly and he’s going after her for damages.

We’re just going to provide the link to that Rah Ali interview below, for the sake of both sides. Apparently, she first met Future after she booked him for a club date in 2012, so “she’s know stranger to him.”

Lord, this tea is scalding. But keep in mind, you’re not winning a defamation case if it’s true.

If you missed me yesterday on @its_onsite hit the link in their bio. Just clearing a few things up 😎 thanks @rah_ali