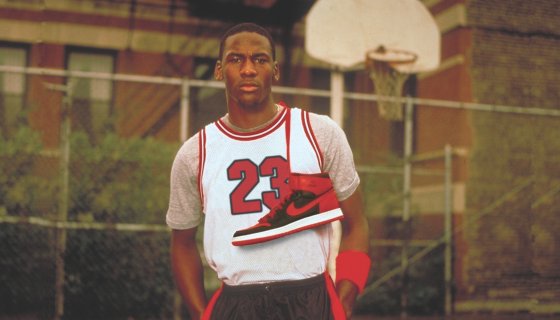 Well, we already know what one of the most anticipated sneakers of 2021 will surely be. The rumor mill is saying a Supreme x Nike Air Jordan 1 is going to drop in 2021.

Keep in mind this is all conjecture at this point, but word is Supreme and Jordan Brand will be linking up to pay homage to the former’s Supreme’s 2003 Nike SB Dunk High collab with an Air Jordan 1.

Looking for independent skate shops to provide the authenticity needed to win over the fastidious streetwear scene in 2003, Nike SB collaborated with a still in-the-know brand called Supreme on their Dunk High model. The rest, as they say, is history.https://t.co/UhFZ3k2KMt pic.twitter.com/jod8u12KSy

According to Drops By Jay on Instagram, there will be three colorways—university blue, college orange, and varsity red. They will arrive in a similar faux croc-leather and five-point star pattern design that draped the aforementioned Supreme x Nike SB Dunk Highs from ’03. This writer still thinks that design was suspect, but considering it will be an Air Jordan 1 and the brand’s dedication to keeping things rare, expect them to be sold out instantaneously.

If you know you’re sneaker history, you know that skateboarders helped make the Air Jordan 1 popular when they picked up them up off sales racks and photos of them rocking Michael Jordan’s signature shoe made it into magazines.

OG Air Jordan 1 Retros on sale? It used to happen.

Supreme/Nike Air Jordan 1 Paying homage to the original Sup/Nike Dunk-Hi that released in FW03. This Jordan 1 will feature the same Stars graphic with Croc textures in the iconic Varsity Red, University Blue, and College Orange colorways. This is a piece everyone can look forward to adding to their collection! Expected to release next year, 2021. 🤯