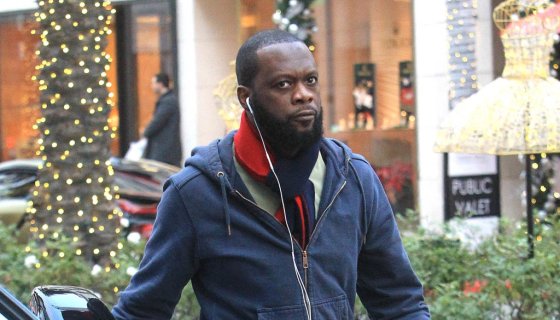 While the Fugees will be remembered as one of the greatest Hip-Hop groups of all time, a particular member not named Lauryn Hill or Wyclef Jean continues to be draped in struggle. Reportedly, has failed to pay child support, despite evidence he has millions in assets.

Pras copped to owning a watch collection worth $10M. Yet, he still hasn’t paid the $127,000 in child support he owes.

These aren’t claims being made by investigators, Pras copped to these circumstances in court, per Page Six.

While testifying in Manhattan family court, Pras revealed the worth of his luxury watch collection while explaining why he fell behind on child support payments to his ex, Angela Severiano, 43, for their son, Landon. Mind you, this is after he was .

“This last year has been a very tough year for me and I have hit the back of the wall,” Pras reportedly said in court—he is representing himself.

Pras reportedly stopped pay Severiano the $4800 in monthly child support in November 2018. He maintains his cash flow problem is due to the and a shady manager allegedly fleecing him for another $20M.

When questioned by Severiano’s lawyer about stunting on Instagram in a Lamborghini and wearing expensive watches, including a limited edition Patek Philippe watch worth over $250,000, Pras said the car was leased and that he had to put his $10M watch collection in safety deposit boxes because he couldn’t afford the insurance.

“I want to apologize to Angela and my son,” said Pras in court. “I want to rectify this ASAP.”

The hearing is scheduled to continue Feb. 10.