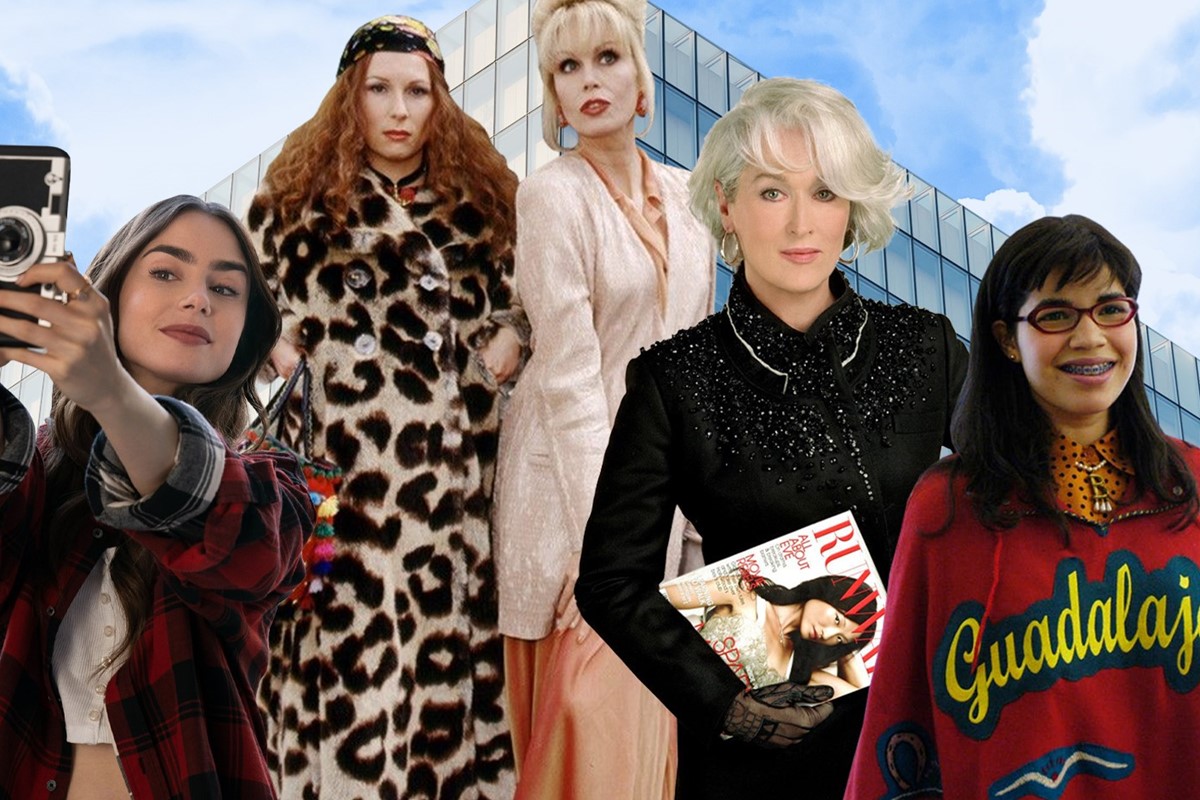 If, like me, you were practising some intense self-care just to survive 2020, then you probably swerved the chaos that was Emily in Paris. The Netflix show followed Lily Collins’ ditzy Emily around Paris as she scooped a job at a marketing agency – despite not speaking a lick of French or knowing anything about fashion, which, tbh, sounds about white!

Fans and hate-watchers of the show and its mind-bogglingly avant-basic fashions will be pleased to know that the show is returning for a second season later this year, with the promise that the protagonist will be less obnoxious this time around, which remains to be seen.

While the show is moreishly bad, it’s just one of many depictions of fashion behind-the-scenes in TV, with film racking up even more. But just how realistic are these versions of the fast-paced industry and its inner-workings? As a veteran who has served in fashion for seven years – and counting – and a certified TV connoisseur, there is nobody more qualified to pass judgement.

Here, we rank your fave fake fashion mags – from Ugly Betty’s MODE to 13 Going on 30’s Poise – on whether they’re the real deal or cheap knock-offs.