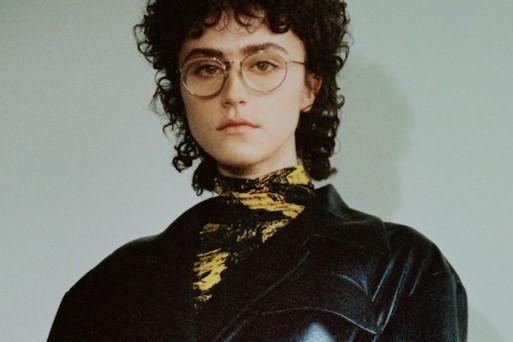 Politics and fashion are inextricably intertwined, but it’s rare that the two intersect in such a tangible way. This afternoon, they did just that, as Vice President Kamala Harris’ stepdaughter Ella Emhoff made her runway debut at Proenza Schouler’s all-digital AW21 show at NYFW.

In case you’re not familiar, the Parsons fashion student first made waves within the industry a few weeks ago when she showed up to Joe Biden’s inauguration in pearl-encrusted Miu Miu. Soon after, both she and poet laureate – and Prada aficionado – Amanda Gorman were signed up by IMG Models, and the rest, as they say, is history.

Making her way around the ‘catwalk’ in a series of extremely chic looks including a grey wool overcoat with a shearling collar, a cinched tailored jacket and languid trouser combo, and the kind of buttersoft leather trench we’d do bad things to get our hands on, Emhoff revealed in a pre-show conversation with Proenza designers Lazaro Hernandez and Jack McCollough she was pretty nervous about the whole scenario.

“I definitely lost a little sleep the night before,” she said. “I mean, I’m walking for the first time, I’m in a professional environment for the first time… It was a very epic first experience with the fashion world.”

She wasn’t the only runway rookie on the line-up, however. Joining her was fellow modelling newbie Meadow Walker (daughter of the late Paul Walker), who made her debut as the face of the NY label last month.

And while walking the runway might do for now, it seems like it might not be too long until Emhoff makes her NYFW debut behind the scenes as a designer. This morning, ahead of her Proenza appearance, indie shopping site Mall dropped a limited capsule line of Emhoff’s knitwear, all of which sold out immediately.

Elsewhere, the burgeoning designer also raffled a series of handmade pieces off on her personal IG, with all proceeds going to For The Gworls and The Okra Project – two vital initiatives supporting Black transgender women.

Check out Proenza’s full collection in the gallery above, and head here to follow what’s going on at the AW21 shows.