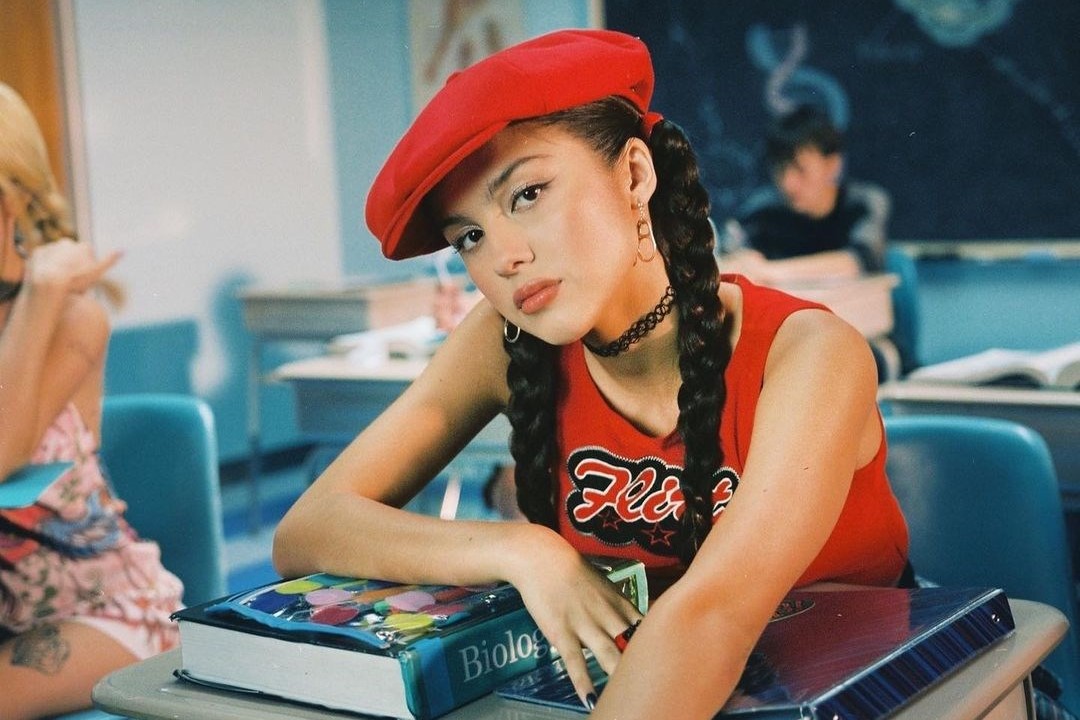 Despite being born long after the turn of the millennium, Olivia Rodrigo has proved herself fluent in Y2K cultural references. The soaring, vocal belts of Hayley Williams ring throughout Rodrigo’s debut album, “Sour”, while her Petra Collins video for “Good 4 U”, echoes scenes and costumes from cult aughts films like Princess Diaries and Jennifer’s Body.

Today, the duo return with “Brutal”, a surprise music video, which repackages yet more of the stylistic and narrative tropes of 00s pop culture, whilst exorcising all the brutality of adolescent angst. As Rodrigo travels through abandoned shopping malls, school hallways, and boyfriend’s bedrooms, she layers tributes to Britney, Clueless, and the era’s Harajuku aesthetes – universal reference points, which create an instant and perhaps commodified sense of cool.

The singer clearly understands the power of pastiche and parody, as well as the aesthetic, and financial, value of nostalgia. After all, the internet – particularly TikTok – has made the 00s increasingly navigable and borderless, with the For You page constantly recontextualising fashions from its many disparate style tribes. This is not lost on Rodrigo, either. “Brutal” quite literally begins in an online dress-up game, and features Gen Z actors Lukas Gage and Nico Hiraga. Below, we delve into all of the wardrobe choices and niche fashion references offered up by Rodrigo and Collins.