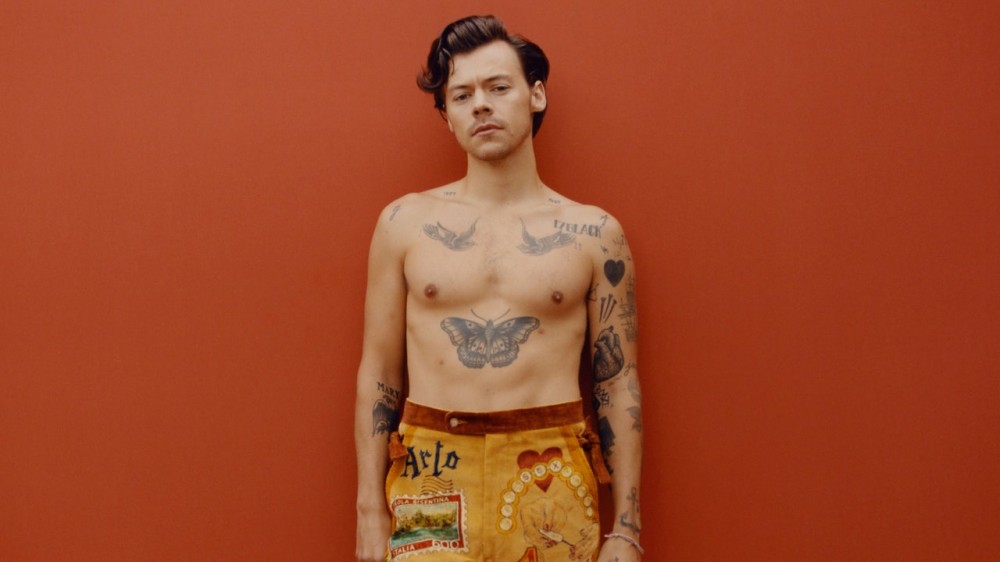 Vogue cover star Harry Styles and designer Emily Adams Bode are helping to keep a corduroy tradition alive. In Vogue’s December issue the musician and actor wears a custom pair of corduroy trousers emblazoned with symbols drawn from his life made by Bode designer Emily Adams Bode and Aayushia Khowala, the director of illustration at Bode. The pants are the latest from Bode’s Senior Cord Project, which began two years ago when the designer resurrected a Midwestern tradition. Drawing mementos on a pair of yellow corduroy trousers began as a college tradition for seniors at Indiana’s Purdue University in 1904. The story goes that one student decided to get creative by doodling on a pair of blank canvas trousers, and soon the entire senior class was sporting their own customized cords. From drawing inside jokes to class schedules, students created a scrapbook of their college years—some even going so far as to hire professional illustrators to customize theirs to perfection.

This tradition faded away in the ’60s when jeans replaced corduroys—but that doesn’t mean Senior Cords were gone forever. Thanks to Bode and Styles, senior cords have a starring role in the latest issue of Vogue.

The pants were not planned far in advance of the cover shoot—Bode notes that most orders take about four weeks to complete—but Styles had been eyeing a pair for a while. His stylist, Harry Lambert, is also a huge fan of the Senior Cord Project, according to Bode. The musician provided Bode and her team with personal references and Khowala took the lead on hand-painting Styles’s very own pair of Senior Cords. The blue butterfly, a liquor bottle, and the name of his godson Jackson that appear on the pants were obvious choices to include because Styles has similar tattoos of each. Other images like an abstract family portrait and an intricate Italian crest are unique to this collaboration.

“Harry is someone who celebrates individuality, of course, but he really celebrates customization through personalization,” Bode explained. “And we’ve done custom pieces for him before. But he’s so unique and really he loves this idea of storytelling.”

He might be the first guy to grace the cover of Vogue solo but Styles isn’t the only cool kid in custom Bode cords. In honor of National Corduroy Day, Bode hosted a socially-distanced Senior Cord soirée at her Lower East Side shop. “My friends and I have always drawn on each other's clothes,” Bode said. “I have a shirt that I had every member of my family sign. So, it has always been a part of who I am.”

“I think there’s this return to the idea that you’re curating your wardrobe—not just for a short period of time, you’re doing it for your life,” she continued. “And that’s something that we love to encourage people to do. Just a month ago we made a jacket for someone, and he said, ‘I can’t wait to give this to my son!’ And his son’s less than a year old!” What will come of Styles’s Bode corduroys? Only time will tell.