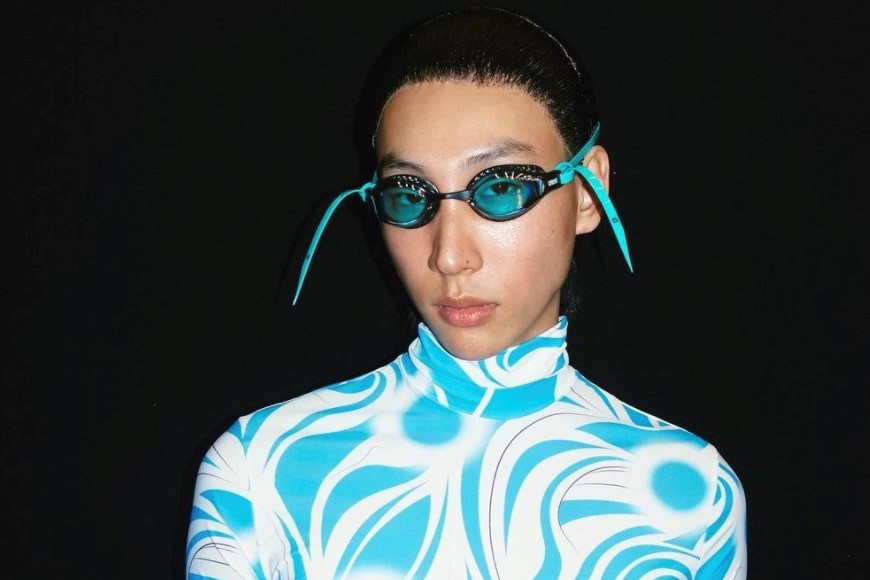 In a first for fashion, the Caribbean-born label, Botter, has taken a dive off the runway to create its own coral reef farm

Why do so many children want to be marine biologists when they grow up? It’s a universal, if not slightly bizarre, rite of passage for every precocious pre-teen and – let’s be real – it usually only lasts until someone breaks the news that it actually involves being good at science and maths. The penny drops and all dreams of dolphin sanctuaries and languid work trips to the Caribbean are replaced with the grim reality of raincoats, tupperware sandwiches, and rockpool sampling off the coast of Skegness.

The draw of deep blue, however, remains inescapable. “It sparks such a curiosity for the unknown. It’s rough, poetic, and has its own character, just like us humans,” says Rushemy Botter and Lisi Herrebrugh of the Paris-based label, Botter. And it would seem for these two designers (who hail from Curaçao and the Dominican Republican respectively) the ocean’s siren call rings that bit sharper. From the brand’s debut collection in 2017, Fish or Fight, to its most recent outing with Romancing the Coral Reef, Botter and Herrebrugh have used fashion as a way to explore their homegrown, and at times bittersweet, connection to the water. “It’s what isolates the island and separates us from our families in the Caribbean,” they say, “but we know it protects them, too”.

Canada dropped its official Olympic ‘fits and we have questions

As a result, the collections are awash with references to the big drink. Oversized nautical striped polos are sent out with tide-battered trailing threads, neoprene inserts skim over loose-cut tailoring, while beachy linen shirts, and fish-tacked two-piece suits are accessorised with diving gear and swimming goggles. Over time, these sea-faring twists have imbued the label with a sense of naïvity and a buoyancy, which has come to define the Botter aesthetic – “the beauty in abandoning references as we know them and seeing things in a new light”. The label’s proclivity for upside-down construction is testament to this, like its inverted trousers which are worn on the body as pseudo-sweaters, as if they had been mangled in a riptide.

The duo took this one step further for their AW21 offering, forging a fifth of the collection from ocean waste plastic, with a proportion of its future sales going to the label’s new initiative – the Botter Coral Nursery. Based a couple miles off the shore of Curaçao, Botter’s underwater farm was an inadvertent outcome of the pandemic. “With so much time on our hands, lockdown drastically changed the rhythm of our days, which definitely pivoted our plans for Botter”. Despite the travel-ban and having to man the operation via Zoom in Paris, the brand’s new venture was a natural progression of its values. “We automatically worry about the ocean’s health,” they say, “humanity has taken too much without giving back and now we’re beginning to see the consequences”.

“It just didn’t feel honest to just talk about problems without acting on them, we needed to see direct changes ourselves” – Rushemy Botter and Lisi Herreburgh

Having spent the past few months (digitally) nurturing unhealthy corals back to life, the brand is now releasing a film documenting its process. It’s not the first time the duo have steered their focus away from the runway either – its collections are often met with scenic installations and in-depth BTS videos from its artisan manufacturing hubs – but it’s definitely the furthest. “We have always wanted to take Botter beyond just presenting runway collections, but we had to make people understand what we stand for first”. Less a pivot, more of an off-shoot, Botter and Herrebrugh hope their new below-deck outpost can create a long term, and sustainable, support loop between brand and farm. “It just didn’t feel honest to just talk about problems without acting on them, we needed to see direct changes ourselves”.

More than some extravagant branding project, it would seem Botter is the latest in a new wave of emerging designers (like Bethany Williams or Richard Malone) who are dedicated to integrating community enterprises like these into the fabric of their business. It’s a big commitment from a brand that is not yet five years old, but as its co-founders say, “Botter is a brand for the people”. Then again, Botter and Herrebrugh frequently outpace their years – both designers were hired to head Nina Ricci just one year after their debut, a landmark role which they insist has not changed their approach, but has taught them to appreciate the “precious and fragile moments of design”.

You get the impression that, amid all the productivity chaos that the designers have possibly succumbed to over lockdown, the coral reef has provided a lifeline, or at least an outlet. “Living and working in a city like Paris makes you detached from nature,” they say. So what is an ocean if not a vast escape back into the blue? “We miss spending time with family, feeling the soft breeze and sweet scents that naturally occur on the islands”. Perhaps, then, as altruistic as a Botter coral reef may be, the very people it will be of most benefit to, are its own creators.