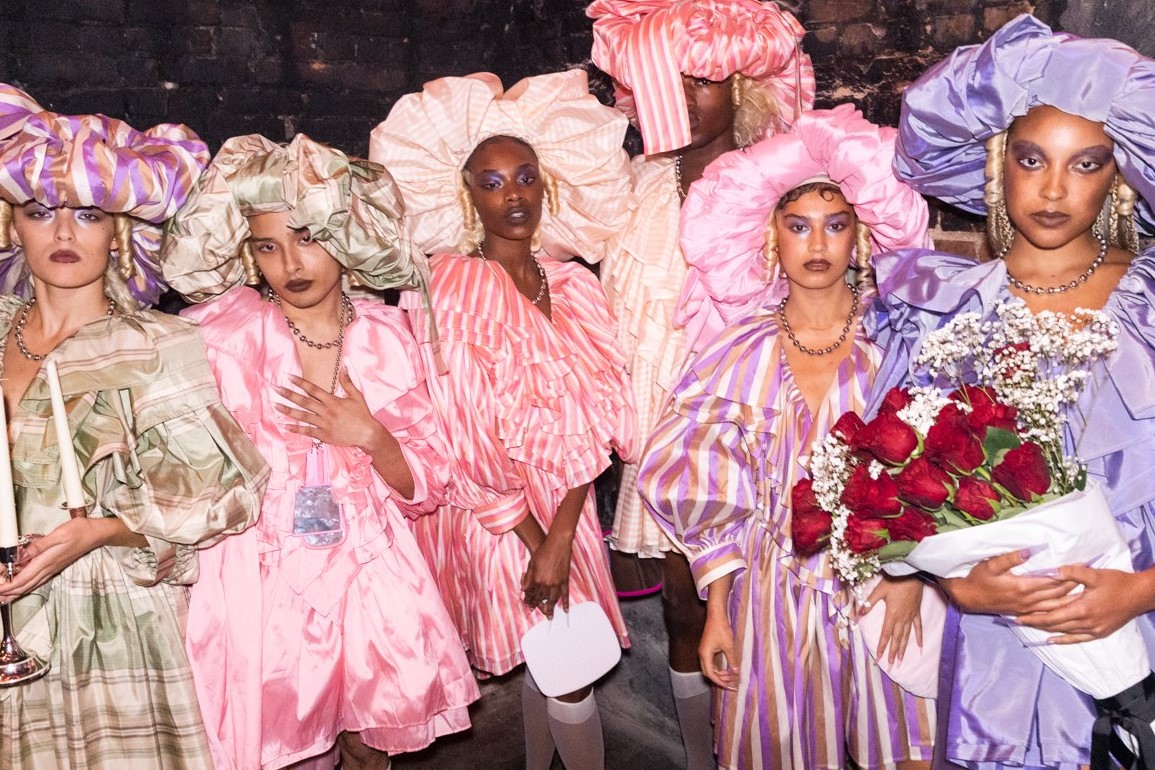 NYFW got off to a rowdy start as Collina Strada, Vaquera, BARRAGÁN, and more mined the MTV archives for fashion inspo

What do you get when you put some of New York City’s hottest designers together with a bunch of iconic VMAs looks – like Janet Jackson’s leather bra, or Madonna’s Regencycore gown? The first ever VMA x New Generation Fashion Show, which last night took over NY’s Webster Hall on the eve of the SS22 season’s official kick-off.

Produced in partnership with New World New York, a soon-to-launch platform with a laser-focus on spotlighting indie designers in the city, the event brought talent including Collina Strada, BARRAGÁN, Gauntlett Cheng, No Sesso, and Vaquera under one roof. Their task? To mine the depths of the VMAs’ rich history of legendary performances and rework what they dug up for the year of our lord 2021.

After 18 months navigating various states of lockdown, it should come as no surprise that the venue was packed full of excited fashion fans who screamed when models wearing Gauntlett Cheng’s crystal-studded slips strut down the catwalk to Britney Spears. When Vaquera sent its cast down the runway – in signature frou-frou taffeta dresses and pillowy derby hats, all in shades of sugared almond – as part of an ode to Madonna’s 1990 “Vogue” performance, the crowd went even more wild. Models tossed roses towards the audience as more screams erupted.

Later, BARRAGÁN took inspiration from Janet Jackson’s “That’s the Way Love Goes” and J.Lo, while California natives No Sesso looked in the direction of the Red Hot Chili Peppers’ and Rihanna with oversized, undone button-downs and cut-out leather pants. Britney scored another point by way of Collina Strada’s collection – just hours after she presented her own SS22 runway show on a rooftop deep in Brooklyn, designer Hillary Taymour debuted an offering heavy on metallic bodysuits, fuzzy-knitted sweaters, and glitter sneakers, all soundtracked by “Slave 4 U”.

Emblematic of fashion and music’s inextricable link and the myriad ways our fave music icons will forever inspire the runway, the raucous show offered a sharp jolt of joy as New York Fashion Week gets its long-awaited groove back, and offered a taste of what’s to come this Sunday, when the 2021 VMAs get underway.

Click through the gallery above, and keep your eyes on Dazed this Sunday (September 12) for the best from the red carpet. In the meantime, revisit ten times celebs ripped up the red carpet rulebook below.