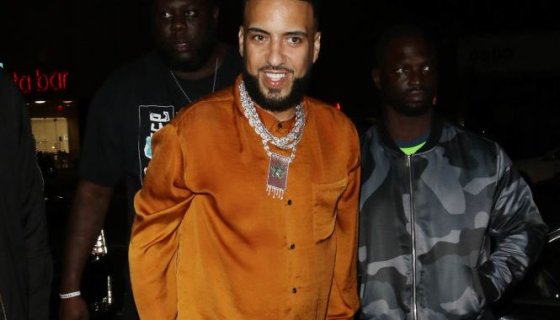 is being sued for ual battery and other accusations after a woman claimed the rapper drugged and raped her in his Los Angeles home. The lawsuit alleges that the Bad Boy artist applied a tactic of inviting the woman to a studio session then invited her to his home where the incident allegedly took place.

The Blast reports that the woman, only known as Jane Doe, has filed the suit against Montana, born Karim Kharbouch, an employee Mansour Bennouna, and Montana’s Coke Boy Records imprint. The publication obtained a copy of the court papers, which makes explosive claims that Montana has put this in practice previously.

Doe claims French “had a longstanding practice of inviting women to their recording sessions, or choosing women at bars, and inviting them back to the Hidden hills house.” She claims they would supply women with drinks and drugs, “with the purpose of engaging in ual acts with them, without any regard to whether or not they consented, or were able to consent.”

The suit reads, “Defendants would be in control of how much alcohol was provided, always making sure there was excessive amounts, given and encouraging the women to drink.’ Doe say French would often take drugs and encourage women to do the same.

The suit goes on to say that Montana and his cohorts would secretly keep women drugged without their “knowledge or consent” and thus taking advantage of their impaired state. The alleged incident took place in March 2018 at Montana’s Hidden Hills home and Jane Doe stated in her court filing that Bennouna ually assaulted, harassed and raped her. Jane Doe says that after taking a shot of a drink, she believes Montana and several other men entered a bedroom she was in and assaulted her.

Montana and the defendants are being accused of assault and battery, ual battery, intentional infliction of emotional distress, negligent hiring, supervision and retention, and negligence.