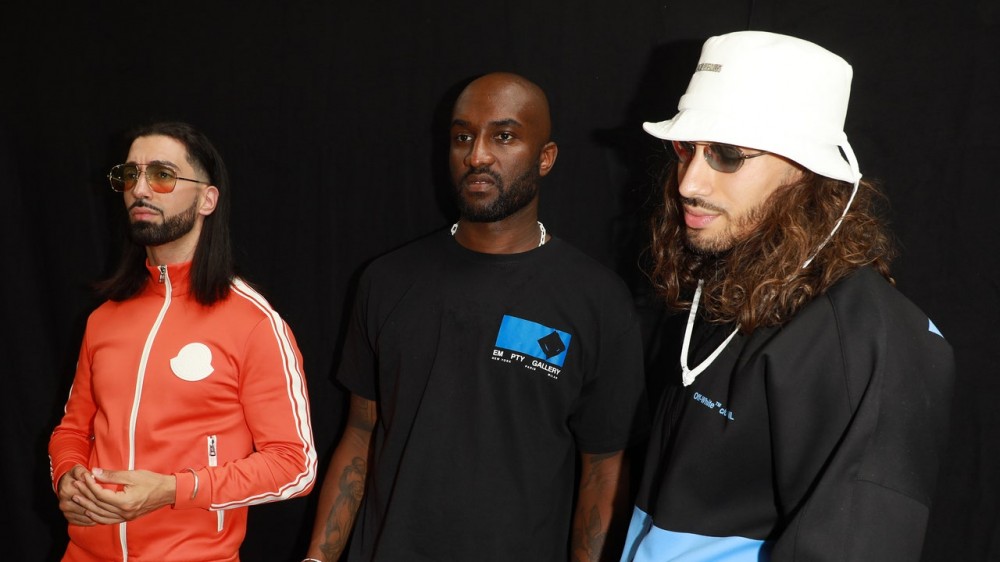 A few seasons ago, the French rap group PNL started to make their way into the fashion world. Brothers Ademos and N.O.S., née Tarik and Nabil Andrieu, appeared front row at the Off-White spring 2020 show: a long-haired, insanely handsome, and very silent duo. (They famously don’t give interviews.) The tight-lipped siblings, who are of Algerian descent, observed the show while wearing tracksuits and sunglasses and calmly nodded their heads to the beats. Their music, which is recognizable thanks to its calm, catchy auto-tuned flow, boasts almost poetic, deeply personal lyrics that speak about their lives in working-class France. The image of them sitting at the runway went viral within French media, as the two don’t make public appearances like this. It caught my eye, and marked the duo’s public affiliation with high fashion.

The allure of PNL is magnetic and feels almost rabid: Their fans love them and the mystery that surrounds them. There are Instagram accounts dedicated to tracking what the two are wearing, down to their very plain-looking AMI jeans. Like most all musical artists, they have a merchandise line. Though, unlike most artists, they launched a new, elevated version of their line today, moving past basic tees to something more sophisticated. In the past, their merch was mostly composed of T-shirts that featured two major codes of the group: a heart, which references unity and shared family values, as well as the abbreviation of “QLF,” which represents the French phrase “Que la Famille,” that the group has adopted as a slogan (it was also the name of their first album). Yet, their latest merch release feels more, well, fashion, as if it is a proper label. It hovers along the lines of a full collection.

Titled “Bâtiments”—“buildings” in French—the clothes feel like pieces that the brothers would wear in real life. There is a grey-white zip-up turtleneck sweater that I could have sworn I had seen Ademos don in a music video. In the mix is a simple black puffer that has “Que La Famille” printed on the chest, and there is a tan leather varsity jacket with a “Q” emblem on the front of piece. While the clothes nicely reflect the men’s personal styles, the tender connection that the two have with their upbringing also stands out. A cream denim jacket and jeans are artfully printed with a bird’s-eye view of stark apartment complexes, and a windbreaker features a grainy color version. This nod to their background feels genuine, and also translates quite coolly into clothing.

PNL’s expansion of their merch is a solid route for the group. If the offering is visually pleasing, it can generate a cult following of its own—just look at the fervor for Justin Bieber, Beyoncé, and Kanye West’s respective wares. (Don’t forget that each artist has launched separate labels too.) As for PNL? Their “merch” separates them from the pack. Like many music artists, I don’t imagine PNL sitting in a studio and making the items themselves, but they certainly seem to have a strong input in how everything is being designed. Their clothes feel thoughtful, thanks to the detail-oriented designs and symbolic references. Look at their QLF heart, which was once simply screen printed onto a T-shirt—it’s now three-dimensionally embroidered onto a T-shirt. Brand growth looks good on Ademos and N.O.S, and it will certainly pay off.