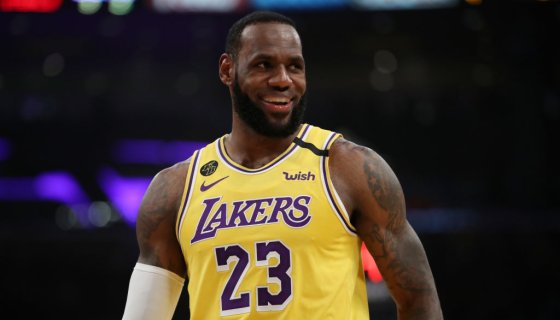 Adrian Wojnarowski earned himself a suspension after in an email, and it’s not sitting right with players and NBA fans.

Last week popular NBA Insider shocked fans when he traded dished out an f-bomb instead of a #Wojbomb in an email sent to Missouri Senator Josh Hawley. In it, Hawley asked NBA Commissioner Adam Silver why the league’s predominately Black players couldn’t put phrases like “Support Our Troops” and “Back the Blue” on the back of their and inquiring about the NBA’s relationship with China. Speaking for all of us honestly, Woj responded to the email “f*ck you.”

Hawley was BIG MAD and in the guise of “standing up for Hong Kong’s independence” and “expressing support for law enforcement,” shared a screenshot of the email exchange.

Woj quickly apologized for his actions in a statement with his employer subsequently following with its own denouncing his actions. That wasn’t enough though, ESPN decided to suspend the NBA Insider Saturday night (Jul.11)  and decided to not let him join the league in the bubble in Orlando.

Woj hasn’t tweeted since Friday (Jul.10), and following the news of his suspension players led by LeBron James and fans have been tweeting #FreeWOJ in support for the popular NBA analyst.

Its clear ESPN chose the wrong side of history here, but the actions of the Disney-owned company should come as no surprise. You can peep the rest of the reactions to Wojnarowski’s ridiculous suspension in the gallery below.

#FreeWoj ✊🏾 but in the #Verzuz battle I’m taking @ShamsCharania

They better leave @wojespn alone. He ain’t do nothing wrong. #Freewoj pic.twitter.com/5YNEqSkeej

#FreeWOJ We all holding it down until you come back. We will miss you Woj bombs for the next 2 weeks @wojespn pic.twitter.com/GUwfEMpsTL

“So Woj is this guy who tweets out big NBA news and it is referred to as bombs because it blows up twitter and he just got suspended by ESPN for saying fuck you to a senator so now NBA Twitter is starting a trend called #FreeWoj, it’s awesome Woj is the goat” pic.twitter.com/E5jFJ9O2Vl