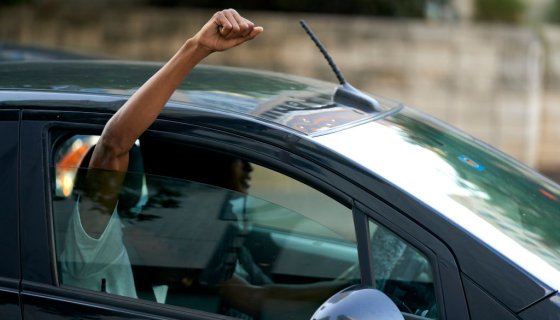 Black people unite and let’s all get down. Those words were eloquently said on Ed O.G.’s 1991 classic single “I Got To Have It” but they especially have plenty of resonance at the moment. For , and frankly, for any occasion, we at Hip-Hop Wired have compiled a short collection of songs to accompany your .

As an outlet, we place a strong emphasis on Hip-Hop music and culture, but it goes without saying that other forms of Black music are firmly on our radar. From Hip-Hop to Blues, to Jazz, to Funk and beyond, Black artistry has always found inspiration from times of deep struggle. And as we’re all aware of, the nation is currently under a cultural shift sparked by the Black Lives Matter movement and also the injustices Black women, men, and children have endured for centuries.

HHW’s The WK UP (said as “wake up”) playlist series is usually reserved for older Hip-Hop music acts or tracks we belive folks missed out on but we’ve been remixing its usage lately. For this playlist, we’ve compiled a selection of tracks that not only will hopefully heads bopping and toes tapping, but also enhances whatever setting folks will find themselves in on June 19.

As some should known, Juneteenth, also known as Freedom Day or Liberation Day, is an unofficial national holiday that commemorates when Union Army troops finally delivered the federal orders that slavery was officially ended upon arriving to Galveston, Texas in 1865. The Emancipation Proclamation had been in effect for well over years at this point, with the Lone Star State holding on to the remnants of slavery despite the Confederacy’s solid defeat in the United States Civil War.

The WK UP playlist gets switched around periodically, so we encourage everyone who enjoyed it to please save your favorite songs to your personal faves list as the Juneteenth offerings won’t be up forever. That said, we hope you appreciate our small effort to use Black music to fortify our right to fight and hopefully, bring about the change so that we can indeed get down.

Check out the playlist below.