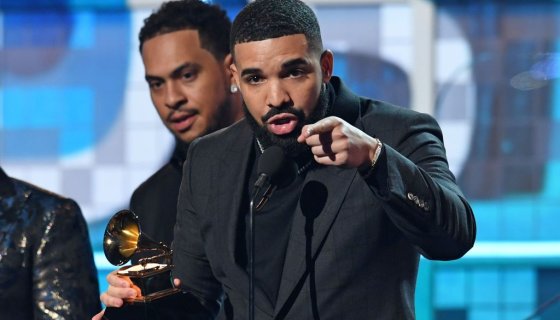 Drake smells blood in the water. The Toronto rapper seemingly came out swinging at Kanye West and Pusha T in a new freestyle.

Kanye West had himself (Jul.21). Not only did he seemingly meltdown on Twitter following his that didn’t even help get on South Carolina’s ballot, Drizzy decided to touch him up with some bars. In his best across the pond accent, Aubrey let the chopper spray calling out both West and his G.O.O.D. Music president Pusha T.

On UK rapper Headie One’s “Only You Freestyle,” Drake seemly alleges that Kanye has been hiding behind King Push when it came to their “beef.”. On the song he raps:

Drake’s jabs at both rappers come two weeks after Pusha’s digs at the O.V.O. general was removed from Pop Smoke’s posthumous record “Paranoia.” Young Thug, who is featured on the track alongside Gunna, using the late Brooklyn rapper’s song to diss Drake.

Pusha responded his Instagram stories, requesting his verse to be removed from the song, his request was granted.

Anyway, we can’t front Drake went off on the track and has been very busy during the COVID-19 pandemic. He just recently released two records with DJ Khaled, “Popstar” and “Greece,” where he . Drizzla was also spotted in Rihanna’s home of Barbados as well. We doubt that was the only reason he was there.

You can watch the visual for “Only You Freestyle” below.