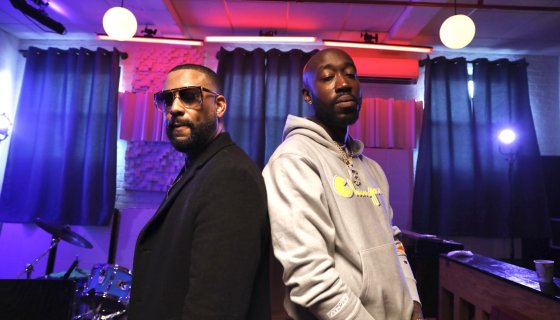 The unlikely pairing of production grandmaster and has culminated into a potent and creative collaboration that virtually has no ceiling. The producer and rapper today (May 7) released an exclusive mini-project with El Michels Affair titled The Diamond Mine Sessions exclusively Amazon Music.

The Amazon Original proact pairs the funk and soul stylings of the El Michels Affair, who reimagine the dusty loops and atmospheric bops originally created on Madlib’s trusty iPad. Freddie Kane, in top form, croons and raps his way through three songs from him and the Beat Konducta’s acclaimed 2019 album, Bandana.

Recorded in Queens, N.Y. at the Diamond Mind Studios, ‘Lib and Gibbs take the tracks “Freestyle Sh*t,” “Gat Damn,” and “Palmolive” and gives them new life with Leon Michels-led band keeping the spirit of the original production but adding their own funky flair.

“Madlib is the greatest of all time at picking samples, so it was no doubt in my mind that he was going to pick the best band for us to do this with,” Freddie Gibbs shared in a statement. “And this is definitely a different thing. A special type thing.”

“This one-of-a kind partnership between Freddie Gibbs and Madlib is already a legendary one,” Stephen Brower of Artist Relations at Amazon Music added. “To be able to add the distinctive sound that Leon and El Michels Affair bring to the mix and to capture it all in a bona fide magic factory — The Diamond Mine — is really special and something we’re honored to be a part of.”

There is a behind-the-scenes clip that highlights the recording process of this latest Amazon Original, and the streamer shared that an additional three songs from the session will be unveiled on May 14.

For now, check out part one The Diamond Mind Sessions with Madlib, Freddie Gibbs, and the El Michels Affair below.