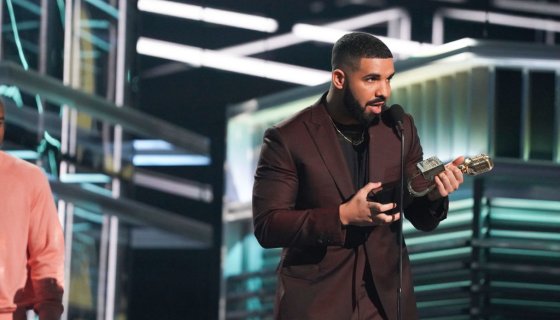 If the quarantine fiends have been doing anything while cooped up in the house, it’s definitely making the hashtag #realbeaters relevant again by way of their adult video consumption. let the world know that he’s still a fan of GOATs Jada Fire and Cherokee D’Ass, which makes him a touch more relatable.

has been going live on Instagram with thousands of fans tuning in with guest appearances from his The Joe Budden Podcast co-host Rory “Sunset” Farrell and the curvy Symbasothick among others. Drake also joined the live feed briefly as Budden rained down some good-natured jokes while Drizzy deftly dodged the shade.

Before hopping off the call, Drake admitted that a few leaks that have dropped aren’t new tracks but just a collection of oldies he had on the hard drive. He also promised Budden that he’ll sit down with him for an interview when his next full-length drops.

Drake told Budden he’d keep it popping in the comments section on the live feed, which he definitely did with hilarious results. While Jada and Cherokee are long retired from the skin flick game, they still have tons of, ahem, footage that folks can peruse for those nights their flying solo.

“Jada and Cherokee def still in my top searches on the thickest apple laptop I have in storage,” Drake wrote. Eagle-eyed fans took notice and now, Jada Fire’s name is trending this morning on Twitter with folks saluting the beauty while reminiscing on their own journeys taking in her films.

Jada also joined Joe on the IG Live feed where she caught some strays from the “Pump It Up” star, Vince Staples, and others. It was all love, however.

When that Benadryl kick in 🔇💙 #allergies #pollen 🤧#JadaFire111

Drop a 💯 if you want me to pull the tights all the way down and show that 🤑 !! Onlyfans.com/Cherokeedass

Me seeing Jada Fire is trending and pretending not to know who that is. pic.twitter.com/thBsHK9H3s

I’m done with screenshots but why Vince say Jada Fire was off that powder ☠️ pic.twitter.com/F3LAh58NLN

I wake up to see Jada Fire trending but got to act like I don’t who that is 😂 pic.twitter.com/B590Z3qoP0

I could never rock with Jada Fire, she was in too many scenes with whites pic.twitter.com/nOZ3WLmENl

Jada Fire and Cherokee are definitely top 5 stars. Drake got taste lmao. Plus only real ones know about that Jada Fire and Jazmine Cashmere scene. pic.twitter.com/CsUd5aybOV

I had this Jada Fire and Jazmine Cashmere video on my first psp 🌞 pic.twitter.com/cx6YiotKOq

Me eagerly looking to see why Jada Fire is trending right now. pic.twitter.com/veXDFWDLdD

*scrolling through 5am twitter and sees Jada Fire trending* pic.twitter.com/0oy6OtvXxY

Jada Fire told Drake she wanna fuck and he told her she look like she's in G-Unit….. I fell out my chair.