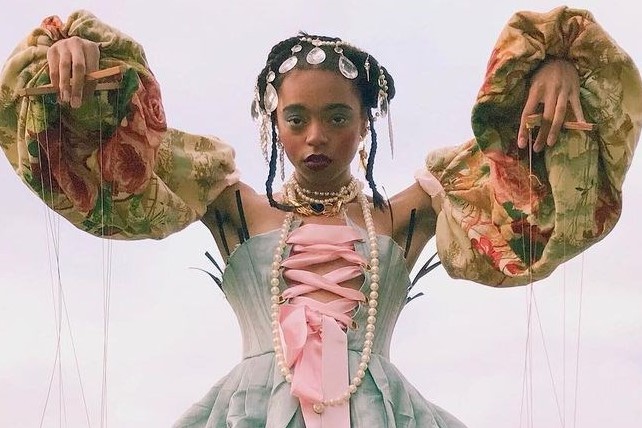 Whether or not you happen to be worshipping at the altar of Regé-Jean Page and his antique spoon, the influence of Bridgerton has been inescapable. The Shonda Rhimes-produced period drama not only broke records as Netflix’s biggest show ever but has also caught the eye of one Kim Kardashian and, more importantly, introduced the world beyond Weatherfield to Sally Webster’s daughter.

Now, the show has been linked to the emergence of a new trend sweeping social media: Regencycore. At present, #regencycore has over 770,000 views on TikTok with creators donning white empire line dresses and ringlet curls to create the kind of 19th Century-inspired look that screams “I read Pride and Prejudice for GSCE and never looked back”. Those views are translating into sales, too, with digital shopping destination Lyst reporting that searches on their platform for Regencycore items such as corsets, long gloves, and pearl headbands rose by as much as 123 per cent in the first week of January.

But as nice as it is to flounce around in a big skirt, it’s hard not to feel a least a little ill at ease about the Regencycore resurgence. After all, should we really be uncritically throwing back to an era synonymous with brutal imperialism and the utmost repression of the working class, queer people, and women?

For even the most moderately politically engaged of fashion lovers, the answer is probably “no”. Thankfully, however, fashion’s new gen is letting you have your Regency cake and eat it too. Namely, emerging LGBTQIA+ designers are using corsets and gowns to critically interrogate the historic periods of yore, creating subversive garments that disrupt gender norms, celebrate the queer body and destabilise accepted narratives – below, we get to know some of them.

Ravensbourne graduate Grete Moeller recreates 16th Century opulence for the queer body with Renaissance-inspired looks featuring lace, quilting, crinoline skirts, and unexpected details – allowing her to embrace the maximalist sensibility of the epoch while rejecting some of its stiffness. Her anarchic take on period dressing has caught the attention of celebrities such as Stefflon Don, and led to her outfitting Shygirl for her luxe “Tasty” video in a feathered look that Moeller describes as giving major “rich sexy woman who just murdered her wealthy husband with a cake knife” energy.

Rooting her practice in the principles of gender-neutral fashion, Moeller’s garments are created for individuals across the gender spectrum – rejecting the queerphobic norms that ruled at the time and celebrating her own community. “As a queer woman, I love working within my inner circle, and my work reflects just who we are,” she explains. “The universe I’ve been recreating throughout my work gives marginalised communities the chance to relive history in my garments and express themselves in their own reality.”

Fashion East alum Ed Marler’s whimsical designs first caught the eye of the fashion press with a CSM graduate collection featuring football shirts sewed into gowns and Vatican-esque stacked crowns. In the years since then, his work has continued to draw on the past – whether it be the lace mantillas of 1700s Spain or the bows and ruffles of 18th Century France – and he’s gained friends in high places in the shape of punk icon Princess Julia and The Perfect Magazine’s Katie Grand.

Most recently, he’s shown his design chops as the architect behind some of HRH FKA twigs’ best looks, whether it be her gender-swapped Brits red carpet look in 2020 or her voluminous Magdalene tour costumes. Presumably too busy working on twigs’ next show-stopping gown, Ed wasn’t around to answer our questions – but his gender-fluid, historically omnivorous work speaks for itself.

William Dill-Russell’s dramatic designs introduce a heady note of gothic glamour to Victorian staples such as corsets, expressed in colour palettes that span from monochromatic black and red to brooding purples. Through their work, which was featured in the Met’s “Camp: Notes on Fashion” exhibition in 2019, the Westminster grad draws on the lives of real figures from LGBTQIA+ history – even creating a collection inspired by Stella Boulton and Fanny Park, an iconic gender non-conforming couple involved in a high profile public indecency trial in 1871.

For Dill-Russell, their interest in historic modes of dress is a way of not only connecting to queer people of yesteryear but of affirming the longevity of trans and non-binary gender identities. “As a non-binary person, I’m always interested to see the thread of my identity through history, not only to be able to argue its validity but also to feel a comfort and affinity,” they explain. “Strength for me is knowing how hard my predecessors fought for the ability to exist, and it helps me to find a path ahead in my day to day life.”

Recently graduated from Edinburgh College of Art, Christopher Reid’s elevated corsetry sees the designer draw on Georgian and Tudor techniques as well as the anachronistic corsets seen in the Hammer gothic horror films of the 1950s and 60s. This mish-mash of period references has allowed them to exuberantly reimagine the corset using cropped silhouettes, kitsch kitten patterns, French Baroque toile, and ribbons galore.

For Reid, the corset is a paradoxically fitting item for exploring gender identity – one which has been historically used to reinforce binary notions of womanhood but whose malleable form now allows for inclusive approaches to dressing individuals across the gender spectrum. “The corset was always an item of clothing I was really attracted to in all its forms – they always felt like such a powerful symbol of expressing your gender and sexuality,” Reid explains. “For something that is often so synonymous with the singularly female form, they can lend themselves to so many bodies; they’re such an adaptable piece in the way they can be shaped and laced. I really found them to be such a succinct way to say what I wanted to about my own gender and my own body and how I exist.”