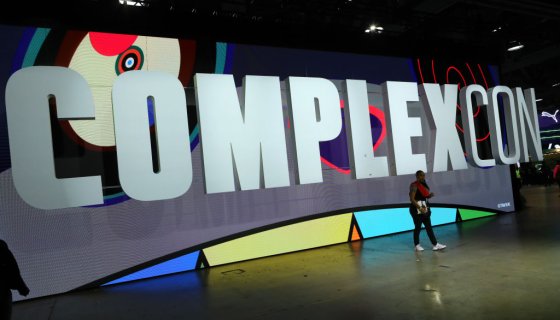 At a time when companies across the company are reckoning with their , media companies are now on the chopping block for their role in treating employees of color and women unfairly and subjecting them to abuse.

According to published reports, is now under scrutiny by former staffers for perpetuating what they describe as a racist and ist workplace, with many speaking out despite their nondisclosure agreements. In an open letter posted to Twitter, former employee Tiffany Wines wrote about the “daily microaggressions Complex culture is notorious for,” and specifically called for the resignation of senior employees,  Jay Salim and Arman Walia.

“Complex Networks would and could not exist without Black art, Black consumers, and Black labor, but the company itself is not a safe space for its most vulnerable population: Black women,” Wines wrote. “I want to address the toxic workplace culture steeped in misogyny, anti-Blackness, favoritism, rape culture, and pay inequity across demographic lines that has thrived for far too long.”

In the letter, Wines detailed the demeaning and inappropriate behavior she experienced while working with Walia, stating that reporting him to Salim, along with “at least five other women,” did not stop Walia from later getting promoted. She also described an incident at the Complex office involving drugged cookies, noting that the incident was “one of the most traumatic experiences of [her] life,” before adding that management at Complex swept the issue under the rug, causing her to “never [feel] safe in the office again.”

After Wines’ open letter, numerous former employees tweeted about their own negative experiences at Complex, echoing her description of a toxic and unsafe workplace.

“The last few days have been tiring and triggering. Despite also signing an NDA, I have to publicly stand with [Wines]. Complex is a machine that grinds up Black women for sport. It is astounding, the BS I was forced to endure,” former associate editor at Complex Kiana Fitzgerald wrote. “What toxic Complex story should I share?” former deputy editor at Complex Kerensa Cadenas tweeted. “Rape joke in the bullpen I couldn’t report, 20K less I made than the men in the same position as me, probation period I was put on ‘for not smiling enough’ after being told if everyone worked as hard as I did it would be a better place.”

In addition to Complex, writers for the indie site and OkayAfrica are also calling out senior staff members for creating a hostile working environment for women of color, namely the CEO and publisher, Abiola Oke.

According to former staff writer Antionette Isama, Black women who worked for the organization were subjected to lower pay, inappropriate behavior, gaslighting, and sabotage among other grievances.

“I came to OkayAfrica + Okayplayer excited to finally be immersed in a Black-led creative environment. But the reality is, Black-led media companies are not immune to problems either. Both outside + inside of our community, Black women employees have little protection + support,” Famakinwa wrote.

I came to OkayAfrica + Okayplayer excited to finally be immersed in a Black-led creative environment. But the reality is, Black-led media companies are not immune to problems either. Both outside + inside of our community, Black women employees have little protection + support.

Complex responded to the allegations saying:

“We believe Complex Networks is a great place to work, but it is by no means perfect,” the statement began. “It’s our passion for our brands, communities, colleagues, and the belief that a safe and inclusive workplace should be the expectation for everyone … that make this company what it is today.”

As of press time, Okayplayer/OkayAfrica have yet to respond to any of the allegations.

UPDATE: Okayplayer/OkayAfrica CEO has apparently resigned and the company issued a statement social media. See below.

Further action will be announced. pic.twitter.com/LVdSa0duZ5