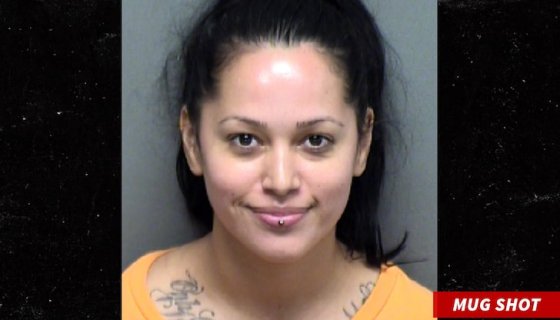 The /tattoo artist was thrown in slammer after she allegedly went into a violent rage after finding her girlfriend in the bed with another woman. According to the police report obtained by the celebrity gossip site, the couple got into a verbal altercation before things went extremely left insider their San Antonio Texas.

Lily reportedly didn’t only put hands and feet on her girlfriend, she also bit her.

Cops say during the argument, Barrios decided to take off for the night. When she returned the next day to pick up clothes, cops say Barrios got heated after catching her 22-year-old GF in bed with another woman … triggering another argument.
Cops allege Barrios pushed her GF onto the couch, and a struggle ensued … with Barrios allegedly scratching her GF’s neck, arm, and biting her right leg. The officer claims they observed scratches and abrasions on the GF’s right knee. Cops say Barrios was the aggressor and “intentionally and knowingly caused bodily injury.”Lily was initially had a recurring role season 3 before becoming a main cast member seasons 4 and 5.