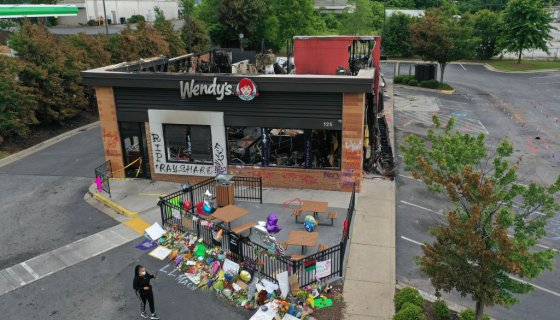 As the tragic murder of Rayshard Brooks is still fresh on the minds of protestors in Atlanta and nationwide, a charge has been levied upon one of the officers in the case. Garrett Rolfe, a former officer with the Atlanta Police Department, has been charged with felony murder.

Rolfe faces a potential life sentence for the felony murder charge, while Brosnan can face a range of one to 20 years in prison. The attorneys for both men have issued public statements regarding the case, with Brosnan’s attorney calling the charges a “rush to misjudgment.”

Rolfe’s attorney added, “Officer Rolfe is well known to the courts and there is no compelling reason to bring any charges against them before the GBI has completed its investigation and published its findings.”

Curiously, the Georgia Bureau of Investigation (GBI) wrote on its Facebook page that they were unaware that Howard was set to bring charges against Rolfe and Brosnan.

“The GBI was not aware of today’s press conference before it was conducted. We were not consulted on the charges filed by the District Attorney. Despite today’s occurrence, the GBI will complete its mission of completing an impartial and thorough investigation of this incident and we will submit the file, once completed, to the Fulton County District Attorney’s Office,” read the closing portion of the GBI post.