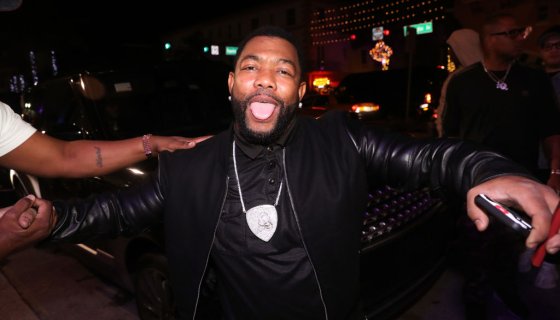 might be in a world of trouble. The Atlanta rapper was arrested at Miami International Airport after TSA found a loaded gun in his luggage.

According to TMZ, the Miami-Dade Police were summoned to a checkpoint at Miami International Airport on Monday night (Feb. 17)  and were told by TSA supervisor that the former Bad Boy South rapper tried to go through a checkpoint with a .380 caliber pistol tucked in his carry-on. And yes, the gun was loaded.

Did he not learn from the struggle of one Juelz Santana, who currently doing time for a similar incident? Zoe didn’t run off when the jig was up, though.

The last we heard from Zoe, born Alonzo Mathis, he was down in Florida. He was initially arrested for domestic battery for allegedly putting hands on the woman in a hotel room at the La Siesta Resort in Monroe County, Florida. But, the authorities didn’t move forward with charges after she refused to cooperate.

As for the airport incident, Zoe was booked at Miami-Dade jail and then released around 5 AM on Tuesday morning (Feb. 18) after posting his $500 bond.

The ZOO iS BACK OpEN