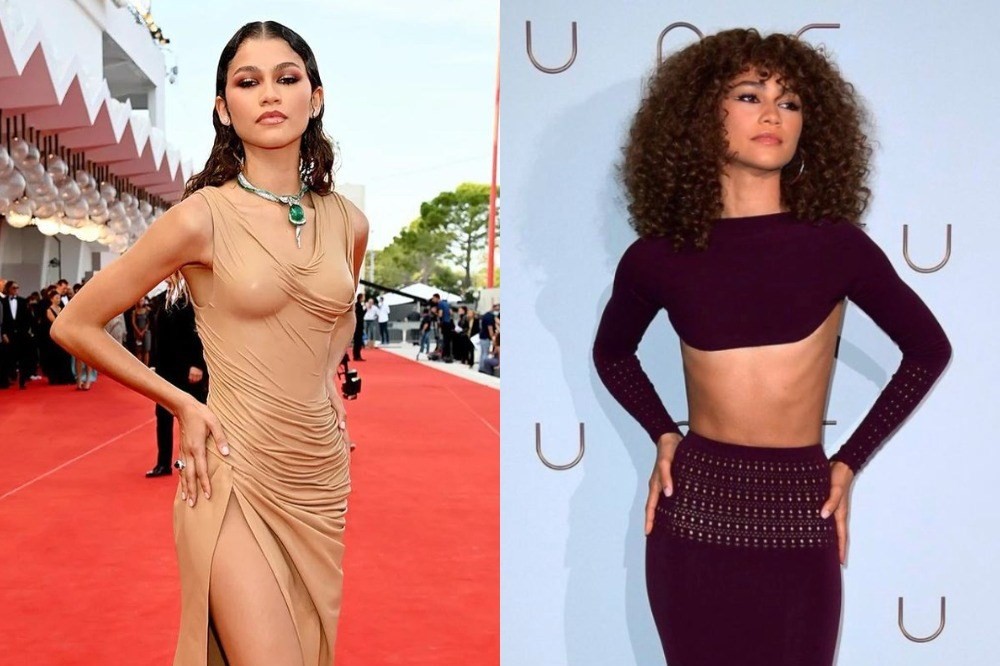 Between Venice and Paris, the actor has served up piping hot Valentino, Balmain, and Alaïa

To describe the Balmain dress that Zendaya wore to the Venice Film Festival as ‘wet look’ is just a tiny bit reductive. The butterscotch, creamed leather creation, which debuted on the runway last year, seemed to take closer queues from the very kind of Renaissance sculptures which flank the streets of the northern Italian city – the ripples of its fabric pinched along the torso like carved marble, deliberate creases ruched to dramatic effect, while the dress actually appeared to blend into Zendaya herself.

Much like the metallic Tom Ford breastplate worn by the actor back in 2020, Olivier Rousteing’s atelier had sculpted the dress using an exact replica of Zendaya’s bust. The look was the work of stylist Law Roach, who has spent the past number of years transforming the Disney tween into a serious, Emmy award-winning, bona fide fashionphile. It would appear as though the duo have used Venice to cement this reinvention.

Alongside Balmain, Zendaya has stepped out in two Valentino looks (an oversized tuxedo blazer and a brown puffball confection from Pierpaolo Piccioli’s recent couture show) and a chevron David Koma two-piece. Perhaps the most impressive of Roach’s European excursion, however, has been the plum Alaïa dress, which the actor wore last night (September 6) to the Paris premiere of Dune. The fur-trimmed, sheath-like jersey dress marked the first celebrity pull for the Parisian house under Pieter Mulier’s creative direction – though fans had mentally reserved this look for Zendaya since it first appeared in July.

Zendaya, who is also the October cover star of British Vogue, told the magazine of her long-term goals within the industry. “If I ever do become a filmmaker, I know that the leads of my films will always be black women,” she said. “I gotta hurry up and figure out how to fucking become a director, man. I’m trying, I’m learning every day, I really am. There’s so much I want to do.”