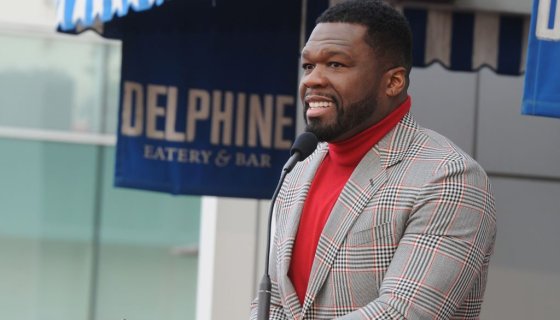 While hasn’t been the relentless terror that he’s been in times past online and in the real world, the legend of is still very much intact. During a recent sit-down, the G-Unit mogul shut down the interview after he was asked about an alleged dustup between him and French Montana.

The artist born Curtis Jackson spoke with Complex News about his upcoming television drama For Life where he serves as its executive producer. The series follows the story of Isaac Wright Jr., a former prisoner who fought the system from within en route to becoming a lawyer and advocating for the rights of other prisoners.

The interview then moved to Fif’s recent Hollywood Walk Of Fame ceremony where his former label head Marshall “Eminem” Mathers” gave a glowing speech that chronicled the journey 50 made as a buzzing mixtape rapper from Queens, New York to now one of entertainment’s brightest minds on the executive front.

But hanging in the air was the beef between 50 and French Montana, which has been ongoing and culminated in an alleged altercation in Miami during Super Bowl Weekend. Complex inquired about the rumored fight which effectively ended the interview.

“I’m not interested in it,” Fif said of the alleged beef. “There’s not much going on.”

When Complex pressed and essentially assumed that Fif would indeed dole out an eye jammy to his opposition, Fif stood and began removing his microphone.

“I can’t believe you would say these things about me,” Fif said. “Peace my brother. Do not allow my inner peace to disturb your inner demon.”

For what it’s worth, Fif said all of this with a knowing wink in his eye.

Check out the video of the interview below.