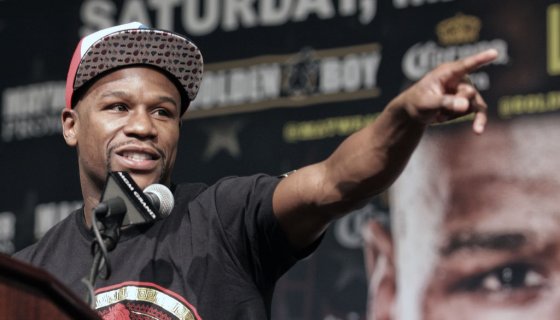 Floyd Mayweather has endured a number of personal losses and is apparently telling those in his circle that a return to the ring may not happen this year. The legendary pugilist lost the of three of his children and his and former trainer in the span of a week along with still processing the loss of Kobe Bryant.

TMZ reports that sources close to Mayweather have told them that the boxer’s return to the ring in 2020 to face a mixed martial arts fighter and a top boxer will be put on hold. Josie Harris was found last week in front of her California home inside her car, reportedly by one of her children. An investigation into her death hasn’t revealed any foul play but the cause of death has been deferred by the Los Angeles County Coroner’s Office, citing a need for additional investigation.

Mayweather’s uncle, Roger Mayweather, was reportedly ill for some time with Mayweather saying in the past that his former trainer’s long history in boxing took a physical toll on him. Roger Mayweather was 58 at the time of his passing.

The outlet adds that Mayweather was good friends with Bryant and that the loss was especially jarring for him thus and the recent passings are adding to the pain.

Along with the crushing weight of the losses, the public health concerns surrounding coronavirus and COVID-19 are most likely going to impact sports and large gathering events throughout the year with many major tournaments, games, and exhibitions have been shifted or flat out canceled.