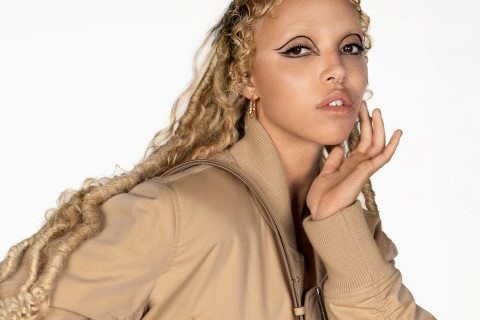 Oh to have a flick through Riccardo Tisci’s little black book. A little less than a month after the designer enlisted a bunch of extremely cool people to slip into his AW21 Burberry collection, he’s back with a new campaign starring three undisputed heavyweights: FKA twigs, Shygirl, and Kendall Jenner (NBD).

Linking up with Tisci and the storied British house to launch the new Olympia shoulder bag, the trio are seen in a series of stripped-back images shot by Inez and Vinoodh. Wearing a succession of uber-luxe beige looks – with pale blue and black iterations of the new pouch tucked under their arms – styling comes via none other than Dazed’s editor-in-chief IB Kamara.

While Jenner has had her fair share of Burberry modelling gigs, the campaign marks former Dazed cover stars’ twigs and Shygirl’s first turn for the brand. Both British musicians are close with Tisci, with twigs popping up regularly on his IG, and Shygirl stepping into the role of Mother Nature as part of his digital presentation last month.

According to Tisci, he ‘fell in love’ with Shy after spotting her on his Instagram, and tbh, who can blame him? “The first time I met Riccardo, I loved how aligned we were in regards to our approach to life,” the Nuxxe musician explained. “It’s been great to expand on that creatively, especially within this campaign where I’ve really felt able to express a different aspect of my femininity.”

In whole bunch of sizes and styles – from tiny cardholders to luxurious totes in shades warm sand, deep orange, and rich juniper – the Olympia is set to land online and in-stores around the world. Check the full campaign out in the gallery above.