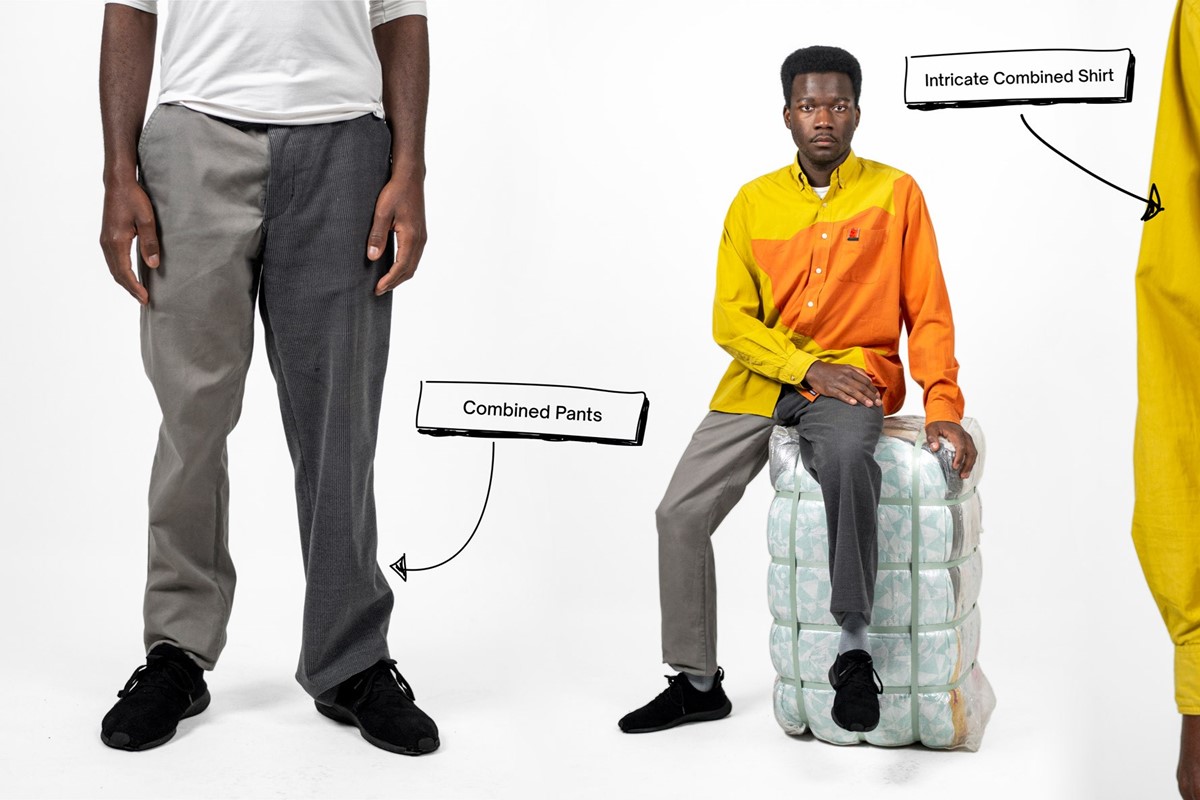 With every new eco collection or recycled polyester drop, the fashion industry overlooks one glaring problem: people are throwing clothes away at an alarming rate; over 300,000 tonnes per year in the UK alone.

This week, however, a new platform launched to tackle people’s buy-and-bin habits. Spearheaded by 23-year-old designer Alicia Minnaard, Fixing Fashion is a free, open-source platform that aims to reunite people with the repair skills needed to prolong the lifespan of their clothes.

After graduating from ArtEZ University of the Arts in Arnhem, where she designed a collection made from plastic waste, Minnaard’s focus turned from plastic to clothing care. “I didn’t want to support the linear way of producing and say recycling is the answer,” she says. “Repairing, upgrading and actually caring for clothing is what’s really missing in fashion.”

Wish you were here? Balenciaga just took us on a Pre-Fall world tour

Realising there was an answer to be found within how people care for their clothes, Minnaard embarked on a two-year research project which included a three-month trip to Kantamanto, Ghana, to see where many clothing ‘donations’ from the global north end up.

“I think after the first year of the research we were done with only reading articles about the problem,” says Minnaard. “We thought in order to solve the problem you need to know the core of the problem and what has already been done before.” As such, the field trip was organised with the OR Foundation, a USA-based non-profit which coordinates Dead White Man’s Clothes, a research project exploring the impact of the secondhand clothing trade in Ghana.

“It’s such a colonial mindset to think this donation system is still right,” says Minnaard, explaining that while people in Kantamanto have been upcycling and repairing successfully for around 50 years, the volume of clothing has shot up and the quality has plummeted. This means buying bales of unseen clothing is increasingly risky for sellers.

The secondhand market in Ghana is a nuanced landscape but even if you solely consider the fact that 40 per cent of what’s traded at Kantamanto goes straight to landfill, it’s clear that it’s not a catch-all solution to the global north’s mounting waste.

The culmination of the extensive research is a platform that, at first glance, looks like an online shop. Shot e-comm style, patched jeans, spliced t-shirts, personalised sweatshirts, and reworked shorts all form the first Fixing Fashion collection. But click on ‘Store’ and you’ll be met with moving banners stating, “We do not want to sell you anything”. Instead, each look is merely meant to inspire. “So it’s almost to trick people, like, this is a brand and then really you need to do it yourself!”, says Minnaard.

To elevate the appeal of repaired and remade clothes, Minnaard purposefully took inspiration from high fashion brands who were using repair-style aesthetics but not applying the core concepts. She cites Ader Error’s darning motifs, the two-in-one trend behind Prada’s 2019 bowling shirts, and Balenciaga’s 2018 ‘t-shirt shirt’ as key reference points. “I think it’s insane that it’s already done in high end fashion, but they do it with new clothes,” she says.

People who are inspired to recreate Fixing Fashion’s designs will find video tutorials and instructions to lead them through the process. Minnaard was sure to include techniques that everyone can replicate, with resources needed including household bleach, cardboard, marker pens and needle and thread. More advanced designs can be done with a sewing machine or overlocker but for Minnaard, it’s all about reclaiming lost skills. “Repair’s nothing new, it was done before sewing machines ever existed,” she says. “But we totally forgot it because it’s so much easier to replace than to repair. I think it’s a pretty big loss in culture.”

As a free platform, Fixing Fashion is mainly funded through Patreon under One Army, the umbrella organisation that runs other projects such as Phonebloks and Precious Plastic.

“I’ve lived in an ugly squat place for like four years!” says Minnaard. “There is the question of, yeah, should I make money? But it’s about what you find more important. Maybe we can offer services in the future, but for now it’s more important to send this message out into the community. Repairing is a political act. By doing it, you’re refusing to be part of this system.”