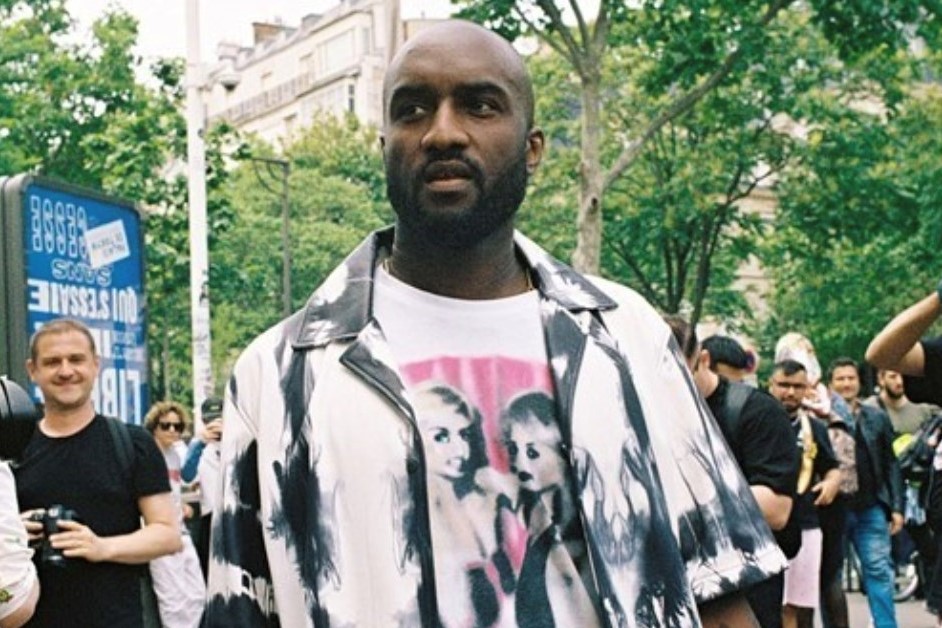 It doesn’t happen often that a revered institution opens its doors and invites you in to play – by either jumping on a bright, fire truck-red bouncy castle or traipsing through a teen’s bedroom circa the 90s – but this week, Louis Vuitton changes all that. In loving memory of late creative director Virgil Abloh, who passed away in November 2022, the LV Foundation throws open the doors to Coming of Age – an extension of a group exhibition which first landed in Los Angeles in 2019.

Centring around the complexities of boyhood and male youth, the show traverses class, race, social economics, subculture, and isolation. The collective project curated by Abloh originally gave a glimpse into the inner workings of the designer’s mind, so famously open to ideas and people from all walks of life who seek unity in diversity, and now comes together once more – albeit in a new way – to pay tribute to his radical outlook and impact. At its core, it is a celebration of life and creativity in its most honest form, and gives a new generation the chance to stand centre stage. Here’s five reasons you need to see it.

From Safdie to Supreme, Julia Fox becomes a hypebeast muse

IT HIGHLIGHTS THE IMPORTANCE OF PLAYFULNESS

A red bouncing castle can be seen floating on the fountain outside the Foundation, which invites visitors to get playful through their interactions with the installation. In fact, the first thing you actually hear as you walk into the space is the sound of children laughing and yelping as they leap about around it. Abloh was renowned for a childlike sense of wonder which never faltered throughout his far too short career, and here, his essence is captured in motion by the people who come to enjoy the exhibition. It is also emblematic of his inclusive vision of creativity – as kids run between students and adults, all are welcome to get involved and feel inspired.

THE MUSIC IS REALLY, REALLY GOOD

As you first walk through the doors and into the exhibtion, masses of artworks and zines from past Louis Vuitton shows line the walls. Abloh was known as a big collaborator and he wanted to pass on his baton of opportunity to a new pool of talent. “What is art, who makes it, where does it hang, and who gets to look at it?” questioned Abloh constantly. The answer, he believed, was everyone. One longtime go-to spotlighted here is Benji B – visitors are invited to scan a QR code within the show which directs you to a banging eight hour-long playlist curated by the producer himself. On it are tracks by the likes of Outkast, Missy Elliott, and Lauryn Hill, plus loads, loads more. Not able to get to the exhibition? Click here to listen.

IT TRANSPORTS YOU BACK TO YOUR TEEN YEARS

Dreams and imagination become reality in Guadalupe Rosales’s installation Teenage Bedroom. The space recreates (you guessed it) a typical 90s teenager’s personal space – which, for many of us, was a refuge and haven when navigating the challenges of adolescence. Inside, the walls are strewn with posters and the bed lies unmade, with Rosales conjuring up the memories, loss, and displacement teens deal with as they enter young adulthood. It’s like being transported into a time machine, and feels more than a little nostalgic.

THERE’S A BILLBOARD-SIZED CURATION OF PHOTOS

The exhibition feels more like a series of moods and emotions as you walk down to the auditorium, where a series of photographs capture the trials and tribulations of being a teenager. Lining the walls of the space are images by the likes and Deanna Templeton and Julian Klincewicz, which document a diverse array of individuals Abloh found inspiration and kinship in.

YOU CAN LISTEN TO INSPIRING LECTURES ABLOH ONCE GAVE

Towards the end of the show are are a series of monitors with headsets where you are urged to listen to a lecture Abloh gave to the Harvard School of Design. The title of the lecture? “Insert complicated title here.” The video makes you laugh, and who doesn’t want to learn from a mentor like Abloh? It’s all part of Abloh’s initiative to rid design, art, and culture of its archaic heirarchy and ensure its future is far more inclusive – allowing young Black designers and creatives from a wide range of backgrounds a seat at the table, in the same we he once took one for himself. Also featured is his Free Game platform and its ‘cheat codes’ – a no-nonsense resource that lays bare exactly what it takes to understand and break into the creative industries. Basically, all the things he wished he knew when he was taking his first steps in the space. “Everything I do is for the 17-year-old version of myself,” said Abloh. This might be true, but in doing so, he was also doing a whole lot for 17-year-olds everywhere – and through this, his legacy will live on.

See the lecture here online. Coming of Age is on view until April 27 at the Louis Vuitton Foundation, Paris.