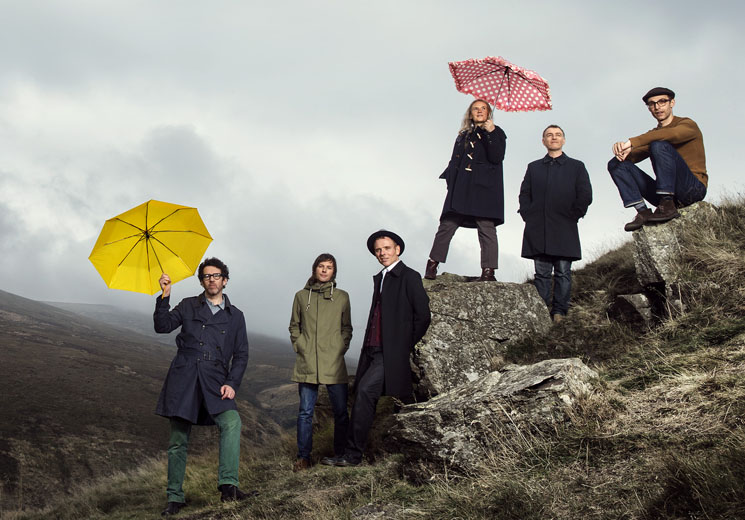 At first glance, Belle and Sebastian seem like a genial bunch. Their music is sensitive and pretty, they’re affable on stage and charming in interviews. It’s not all been smooth sailing, however. Over the course their 22 years, the band have gone through plenty ups and downs, from intra-band breakups to serious health scares and more.

As the iconic Scottish indie pop combo release wrap up their How to Solve Our Human Problems EP series, we’re looked back on their storied career in our in-depth Timeline. With plenty interpersonal drama — not to mention lots amazing music — it’s been an eventful career.

Before you dig into the full story, here’s a teaser five things you might not know about the Glaswegian collective.

Due to his chronic fatigue, Murdoch drops out school and moves back in with his parents, beginning a seven-year period in which he is too ill to hold a job. He sometimes goes alone to a dance club on Saturday nights or works a shift in a pub, and he spends a week recovering after these outings.

Murdoch and Campbell aren’t on speaking terms, and their breakup inspires the vicious single “I’m Waking Up to Us.” When the band perform the track on Later… with Jools Holland, Campbell delivers a spoken-word rebuttal to Murdoch’s lyrics during the instrumental break. Campbell quits the band in the midst their North American tour.

3. The band forgot their drummer at a Wal-Mart.

While driving through North Dakota on a North American tour, the group stop at a Wal-Mart and accidentally forget Richard Colburn in the store. Without a phone or wallet and wearing his pyjamas, the drummer waits for four hours until his bandmates realize their mistake and arrange for him to fly to the next show.

4. The release strategy for 2010’s Belle and Sebastian Write About Love was undermined by an early leak.

The band grant fewer interviews and play fewer live shows, hoping to release the album quietly and allow fans to discover it without preconceived notions. This plan is spoiled when the album leaks several weeks before its release date, and Murdoch writes an angry message on Belle and Sebastian’s blog saying that the band might switch to self-releasing records digitally.

Stuart Lee Murdoch is born on August 25, 1968 in Clarkston, a suburb Glasgow, Scotland. His favourite music is hard rock, particularly AC/DC and Thin Lizzy, and he falls in love with prog band Yes.