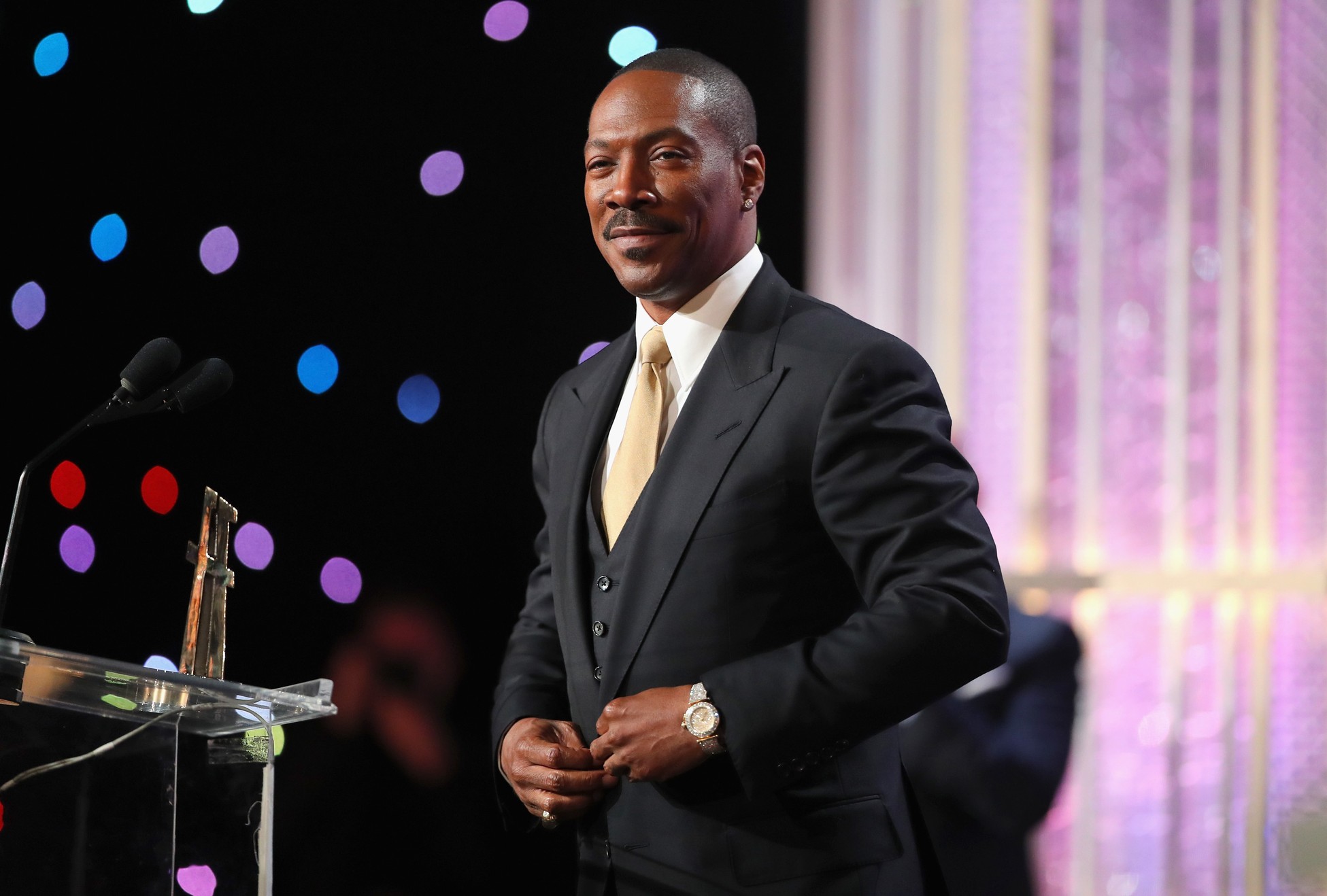 “It’s been a while since we’ve had a great comedy that everybody can enjoy. Zamunda is a very funny place, and the world needs that right now.”

Three decades after the prince of Zamunda’s journey to the land of opportunity, Crown Prince Akeem (Eddie Murphy) is returning to the place where he found his Queen in the highly-anticipated film Coming 2 America.

Thanks to Paramount Pictures’ finalized distribution deal, the sequel will be making its debut on the Amazon Prime Video streaming platform on March 5, 2021. Ahead of its release, Paramount and Amazon Studios are giving fans a glimpse of Eddie Murphy as Prince Akeem in the Craig Brewer-directed movie, starring original cast members James Earl Jones, Arsenio Hall, Shari Headley, John Amos, and more.

“My favorite part of reuniting with the cast of Coming To America was making a movie that’s as good as the first one,” Murphy tells NUEVO. “Getting everybody together, including Arsenio Hall, Shari Headley, John Amos, James Earl Jones, and the rest of my royal family, and making a really great movie, that’s my favorite part.”

Murphy also shared what he’s most excited for viewers to see when it comes to the new cast members. “What I’m most excited about the audience seeing is how amazing this movie is,” he shares. “We have incredible new cast members like Wesley Snipes, Tracy Morgan, Leslie Jones, Jermaine Fowler, KiKi Layne, and my own daughter, Bella Murphy, among others, who are all so funny and really brought their A-game. It’s just a great picture and I’m excited to have audiences see it.”

In the new sequel which also stars Teyana Taylor, Rotimi, and Nomzamo Mbatha, Akeem and Semmi (Hall) head back to Queens, New York to find Akeem’s son, Lavelle, and groom him to be the future crown prince to fulfill his father’s dying wish. “It’s been a while since we’ve had a great comedy that everybody can enjoy,” says Murphy. “Zamunda is a very funny place, and the world needs that right now.”