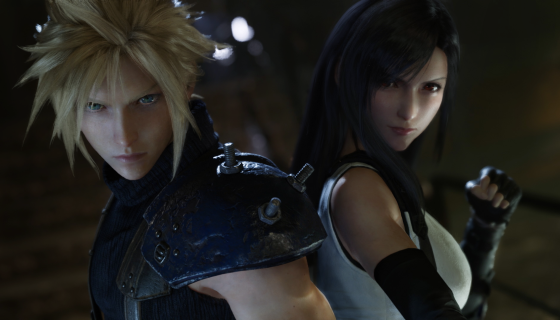 The folks at Square Enix have been working very hard to make sure that gets in the hands of fans on time amid the coronavirus pandemic. The studio has shared its solution.

No secret, gamers (including us) have been waiting for years for Final Fantasy VII Remake and were worried that game will have its wig pushed back due to the . It seemed that things were heading in that direction with Square Enix warning physical copies of the game could be delayed because of the virus, but we can all relax.

Square Enix announced Twitter that it has already shipped physical copies intended for Europe and Australia. By taking this precautionary measure, the game will be available at launch. The company also realizes in doing so, there is a chance that some people will get their hands on the game ahead of its global launch.

“Our highest priority is that all of you, including those who live in countries currently facing the biggest disruption, can play the game at launch, so we made the decision to ship the game earlier than usual to Europe and Australia.”

As far as other regions like the Americas, physical copies of the game will ship starting this week to ensure they too will get the game on time. Square Enix also urged people that do manage to somehow procure a copy of the game early to not spoil for it anyone else. Honestly, why in the world would you want to do that?

“There are potential spoilers that have been out there for over two decades as the original Final Fantasy VII was released in 1997… but Final Fantasy VII Remake is a new game that still has many surprises for everyone.”

Well, if you have been scouring the net, you would have learned its too late for that with screenshots popping up everywhere. So if you want to say spoiler-free, we’d advise you to stay off the internet as much as possible. Final Fantasy VII Remake is on pace to drop April 10, 2020.