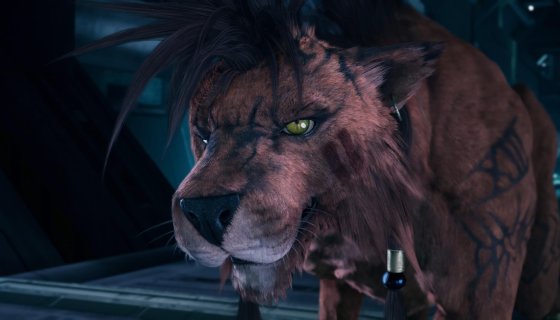 Barring any delay due to the , we are literally just weeks away from the release of . While many are excited about the game’s release, there is one bit of information that dropped has some folks a bit disappointed.

Final Fantasy VII Remake fans were sad to find out that Red XIII or “Nanaki” will not be a playable character when the first playable chapter arrives next month. Instead, he will be a guest character the remake’s developers revealed. FFVII Remake’s co-director Naoki Hamaguchi explained Red XIII not being playable stating:

“We felt that because he only joins the team during the latter stages, having him as a playable ally with full character growth potential would not be a satisfying experience for the player. So we decided to have him join for now, as a guest character instead.”

But it’s not all bad news, in an interview shared on the Square Enix website, Hamaguchi explained that fans can look forward to a unique new section that will involve Red XIII.

“The development team feel the same way that the fans do when it comes to seeing Red XIII as an important character, and we designed his gameplay in a special way to offset him not being playable in battle.”

“I won’t reveal exactly what that entails, because I want people to enjoy it when they actually play the game, but I will say that Final Fantasy VII Remake has added a new upper floor to the Shinra Building to present a climax that was not in the original.”

“The key to navigating this floor lies in using Red XIII’s unique physical abilities to overcome environmental obstacles. Letting the player experience his heroics in this way is something that I’m confident will please the fans.”

So we’re a bit relieved. Hamaguchi also revealed that there will be endgame content in Final Fantasy VII Remake just like in the original game, so that means plenty of secrets and hidden bosses to fight.