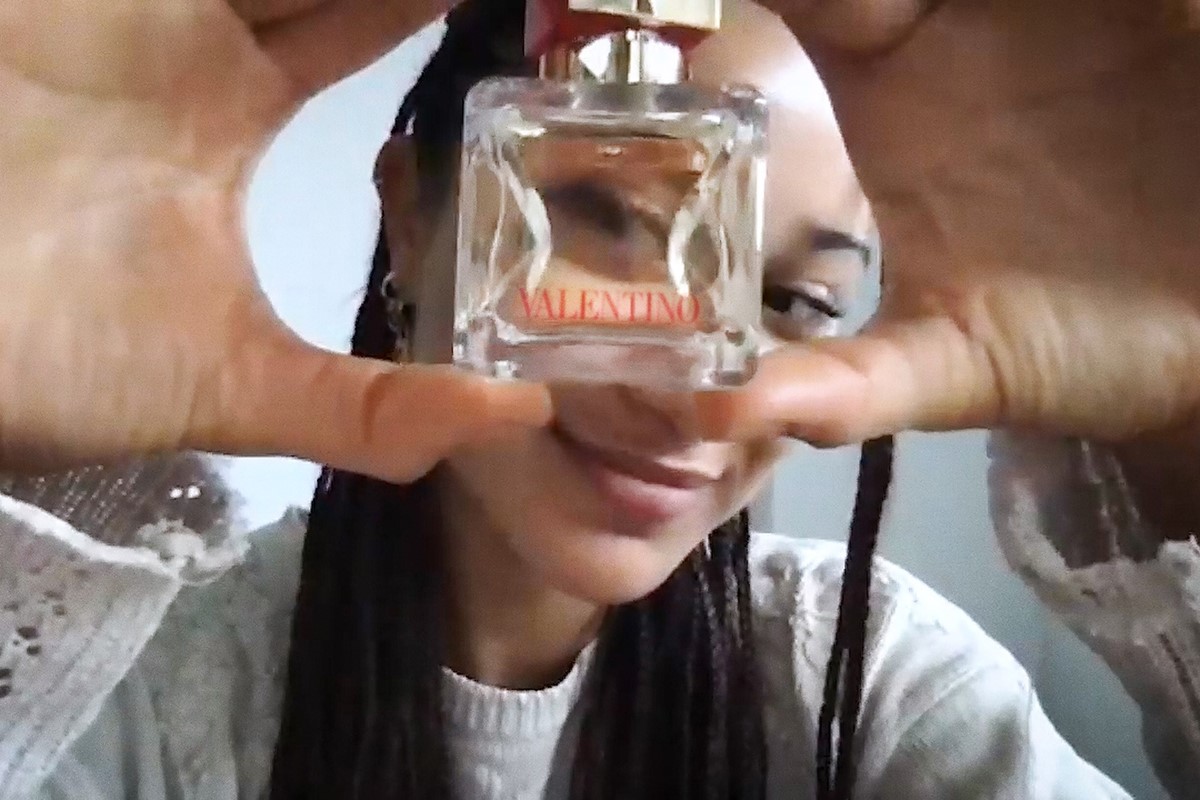 In a short film to celebrate Valentino’s Voce Viva fragrance, the filmmaker and model muse on the special bond with their mothers and how that brought out the best of them

Take a moment to think about the people who had the biggest impact on you growing up and made you who you are today. We can guess that more than a few of you will be thinking about your mother or mother figure, and too right, the strong women in our lives deserve to be celebrated all year round.

“My mother is one of the strongest people I will ever know of. She’s a powerhouse and a phenomenal woman and has so much unconditional love for her children,” muses director and journalist Fenn O’Meally in a short lo-fi film, self-shot at home.

Created in partnership with Valentino Beauty’s newest fragrance, Voce Viva, the film explores its tagline ‘My Voice, My Strength’ and how Fenn and model Ikram Abdi Omar – who also stars – have found their creative voice thanks to the bond with their mothers. “My mum is a very special person to me, we have a really close bond and she’s like a role model to me,” says the model. “I talk to her every single day; I feel so empty inside when I don’t speak to her.”

For Fenn, growing up around a mother who was always painting, gardening, and encouraging her to explore different creative outlets really pushed her to pursue storytelling. “That freedom really encouraged me and gave me a lot of confidence as a child,” she says. As one of the most exciting names in film and journalism, she’s directed for the likes of Prada, Nike, and Apple, as well as hosting her specialist show on BBC Radio 1Xtra.

Similarly, Ikram’s mother wanted her children to have the opportunity to be creative growing up, since she didn’t have the chance to, growing up in Somalia before moving to Sweden where the model was born. “She’s a go-getter,” Ikram says. “She inspires me to chase my dreams.” Over the past few years since she made her debut, she has achieved all her dreams and more, walking for Molly Goddard, Richard Quinn, Tommy Hilfiger, and being the UK’s first hijabi model to appear on the cover of Vogue at just 21 years old – both her and her mother’s proudest achievement.

“(My mum) is happy that I was brave enough to try out something where there wasn’t a lot of people that looked like me,” she says on what her mother thinks of her career so far. “It just goes to show that she built that confidence in me from a young age to chase whatever I wanted, regardless of what people think.”

While she’s made progress for representation in fashion, she still thinks more can be done – something she talks about a lot on her Instagram and YouTube accounts. “There’s so many people that are not represented and we need to see more faces that we see on the street today on billboards, in magazines, and on runways,” she explains. “There’s still a lot of work to be done, but I can’t wait to see that in the future and be a part of it.”

Representation is an integral part of Fenn’s work too, exploring her identity and what it means to be Black through her work, something that has been invaluable for her mother. “It’s so powerful to see and she celebrates it because as a white mother, she will always try and encourage me to explore and have pride in my identity.” The film concludes with a poignant moment from Fenn, who finds beauty in the mistakes you make as you go along. “If you’re trying to achieve perfection in everything, then really and truly, how do you find your own voice? How do you find your own identity?” she muses. Something to ponder whatever your creative pursuit is.