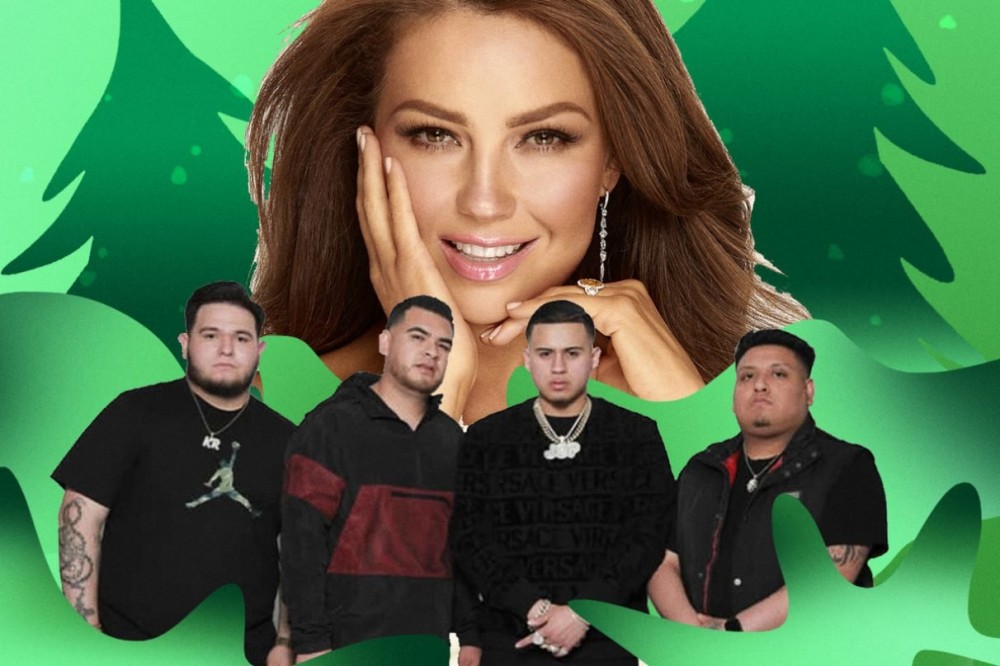 Puerto Rican icon José Feliciano released his Christmas hit “Feliz Navidad” to the world in Nov. 1970. In the five decades since then, the beloved classic has been covered by countless musicians.

Feliciano is working overtime this year to celebrate the 50th anniversary of “Feliz Navidad.” That includes the release of his children’s book José Feliciano’s Feliz Navidad back in September and the new version of the song he released last month with over 30 artists, including CNCO, Lin-Manuel Miranda, and Jon Secada.

Last week on The Tonight Show Starring Jimmy Fallon, Feliciano performed his new version of “Feliz Navidad” solo. He transmitted the feel good message of his song to millions of homes that night. He will also host a special live stream concert on Dec. 20 for “Feliz Navidad” 50.

With Christmas right around the corner, there’s no doubt that “Feliz Navidad” will be part of your holiday playlist, whether by Feliciano or another artist. Thanks to the song’s simple and easy-to-sing lyrics in Spanish and English, it’s not only been covered by Latine acts, but artists from all over the world.

On the all-genre Billboard Hot 100 chart this week, “Feliz Navidad” went into the top 10 for the first time. To celebrate 50 years of Feliciano’s classic, here’s a list of five of our favorite covers of the song that you can enjoy this holiday season.

Mexican pop superstar Thalía is no stranger to covering “Feliz Navidad.” She famously sang the song alongside Canadian crooner Michael Bublé for his 2011 album Christmas in a medley with “Mis Deseos.”

This year, Thalía tackled the song with her own version that gave the classic a merengue and electronic music twist. Her dancefloor-ready take on “Feliz Navidad” will turn the living room into a club.

“Feliz Navidad” is one of the classics that Fuerza Régida covers on the Christmas album Navidad Con La Régida (Popurrí). The top-selling Mexican group led by Jesus Ortiz Paz gave the song a corridos tumbados makeover.

The guitar and the bass are just as much of storytellers as Paz himself on this spirited take of “Feliz Navidad.” Fuerza makes it even more festive with a nod to “Jingle Bells” at the end.

For the 2018 reissue of her You Make It Feel Like Christmas album, Gwen Stefani teamed up with Chilean singer-songwriter Mon Laferte for her cover of “Feliz Navidad.” The No Doubt frontwoman gives the song a whimsical and fresh spin with her bubbly performance. Laferte comes through and lends Stefani’s cover some Latina credibility. Both rockers complement each other well on this knockout rendition.

For her 2016 A Very Kacey Christmas album, Kacey Musgraves covered “Feliz Navidad.” The country music singer-songwriter gave the song a mariachi twist. Her southern drawl is backed by a full mariachi band. One of the guys lets out a Mexican grito on the song.

Musgraves’ retro and dreamy take is one to marvel this Christmas season. She’s invited to the Nochebuena celebrations anytime

Canadian pop star Céline Dion is known for singing in English and French. With her cover of “Feliz Navidad” for her 1998 album These Are the Special Times, Dion proved that she could sing in Spanish too. Backed by a choir, she took the bilingual holiday classic to church with that powerhouse voice of hers. “We’re just getting hot!” she says. Like Musgraves, Dion is always welcome to the Nochebuena festivities.