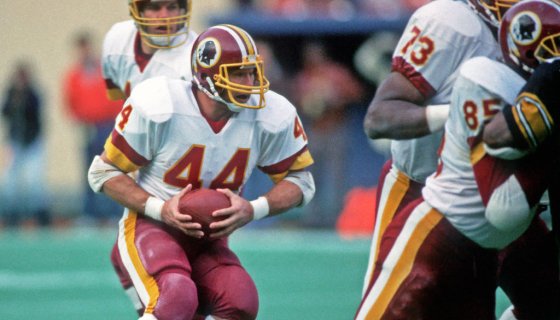 As the world continues to voice the plight of Black people we are reminded that justice needs to be served for all communities. One organization needs to act right.

For many years Native Americans have felt slighted by the . The name of the Washington R-dskins team uses a very disrespectful and derogatory term thus Native American groups have tried to their best to get them to be change it but have been unsuccessful. Now the franchise is facing a different pressure. As spotted on The New York Times FedEx is now joining the push.

In 1999 the shipping conglomerate signed a $205 million dollar deal to acquire title sponsorship rights  and naming rights to the stadium. On Thursday, July 2 FedEx served the team a notice requesting a prompt change. “We have communicated to the team in Washington our request that they change the team name,” they said in a formal statement.

Mayor Muriel Bowser of Washington is also seeking a change. In an interview with The Team 980 he detailed why it is necessary. “I think it’s past time for the team to deal with what offends so many people,” she explained. “This is a great franchise with a great history that’s beloved in Washington, and it deserves a name that reflects the affection that we’ve built for the team.”

Washington, D.C. Mayor Muriel Bowser (@MayorBowser ) on the Redskins next stadium being in DC:

“Thats what we’d like to see happen. We know we have the best location for the stadium and we’ll continue to work on that.”

The released a statement saying the name is undergoing a “thorough review.” Let’s hope they do the right thing and shed the colonizer vibes—it is long overdue.

And here it is: the Redskins are undergoing a thorough review of the team’s name.

And let’s be clear: There’s no review if there’s no change coming.

Redskins on way out. pic.twitter.com/ZrS3cCvhMg