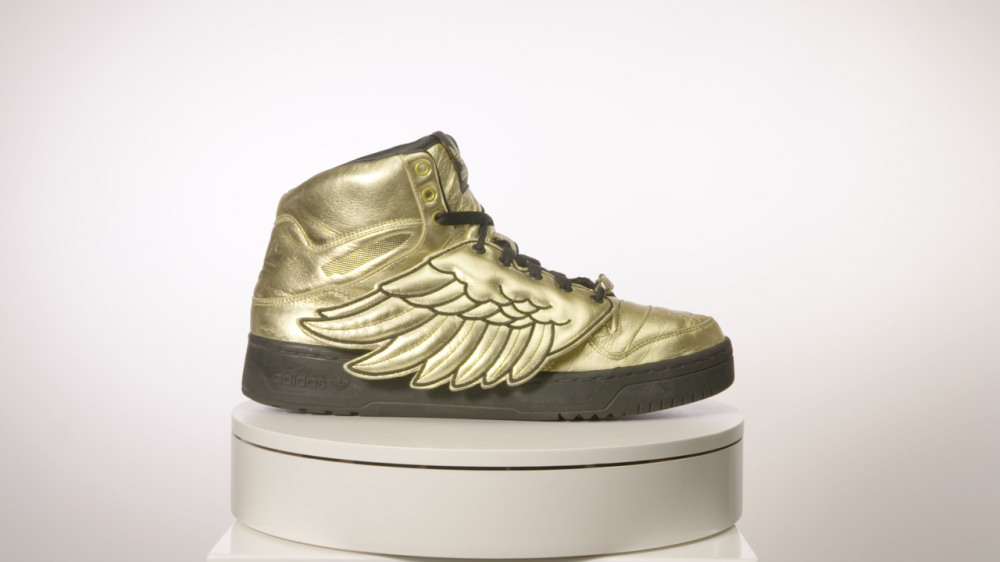 Back in the aughts, you saw Jeremy Scott’s Adidas sneakers in line at Milk Studios, spilling out onto the streets of the Meatpacking District. You spotted them in Los Angeles, shuffling into a Hollywood Hills party. You found them in the closets of budding sneaker heads, the wings and teddy bear adornments popping out from shelves. The collaboration dwindled out in the early 2010s as Scott took the helm of Moschino, but you can still spot the sneakers in the wild. Artist Joey Arias reports he has 83 Scott x Adidas pieces, while certain pairs can fetch $20,000 price tags on resale sites.

Now, Scott and Adidas are reuniting. “What I love about the collaboration with Adidas is it allows me to be able to be so much more in people’s lives because of the accessibility, the price point, and global distribution—and it let’s me be able to let my imagination go wild and create things like the teddy bear shoes, the poodles shoes, or the wings,” he says.

Those bears, poodles, and wings are coming back in a big way in 2021. The designer’s signature shapes and patterns—including the famous money print—are returning with the team’s first collection for fall, alongside ready-to-wear and much more. When the relaunch of the partnership was leaked last week, the internet went wild. “I swear, whenever Jeremy Scott and Adidas collab it’s always gold,” wrote one Twitter user.

The ambition behind Scott’s Adidas collab is to offer $20,000 fashion at a $200 price point, a timely goal given people’s shrunken pandemic-year budgets. “In a reasonable world, you know, you shouldn’t have to wager two months rent to have some big, fun fashion,” Scott says. “I don’t want to seem like I’m speaking out of both sides of my mouth because, obviously, there are things that I make that are expensive and there is a place for it, but not everyone’s able to afford that. I love being a part of the fabric of people’s lives and part of their stories. I’m so happy to be able to bring that back to them again.”