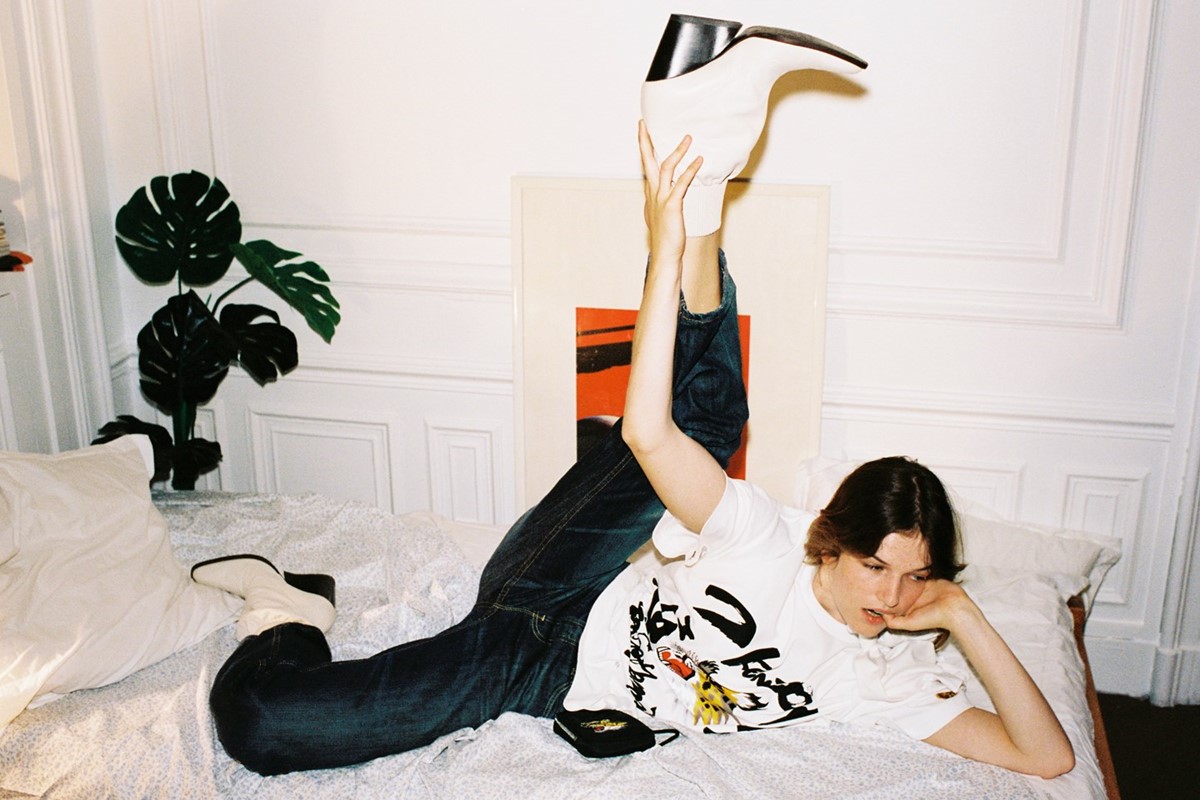 2020 has basically been a write-off for countless different reasons, not least because fashion lost two greats in Kansai Yamamoto and Kenzo Takada. With Takada landing on the Parisian scene in the late 1960s, and Yamamoto in London a few years later, the two blazed a trail for those that followed in their footsteps, as they clashed eastern and western cultures and injected the industry with bold dashes of exuberant colour and innovative design.

Now, in a surprising twist of fate, Kenzo creative director Felipe Oliveira Baptista’s latest collection pays tribute to the pioneering designers, as part of a project dreamt up prior to their passing. Having met Takada and Kansai for the first time last year, the designer secured their blessing for a capsule line that married their respective aesthetics and ethos – and then he got to work.

The resulting offering is made up of understated, easy-to-wear styles including cut-off tees, sweats, knitwear, and tailored coats and jackets, many of which are emblazoned with animalia, Japanese iconography, and naturistic flourishes – as part of a meeting of Takada’s archival prints and Yamamoto’s exaggerated, Manga-esque motifs.

“My favourite piece would be a black t-shirt with a Kansai tiger head on the front,” explains Baptista. “On the back, in Japanese calligraphy handwritten by Kansai Yamamoto himself, (are) three lines that read: Kenzo, Kansai, and Felipe,” he adds.

With the collection captured on an IRL group of Parisian friends, Baptista explains that he wanted to keep things very ‘real, raw, and spontaneous’ when it came to the accompanying campaign. “We followed a group of actors, photographers, models. Some of them I know and had already photographed,” he says.

Shot by Raffaele Cariou, the group are seen lounging in stairways, throwing their arms up on the dancefloor, and reclining on unmade beds, legs in the air, as if they’ve just got home from the club. “(They’re) a true celebration of life,” adds the designer. “I believe this is probably how both Kenzo and Kansai would have liked to be remembered. Both who dedicated their lives to infusing joy into the world through their work. It’s a tribute to them and their incredible talent.”

Click through the gallery above and shop the collection here.