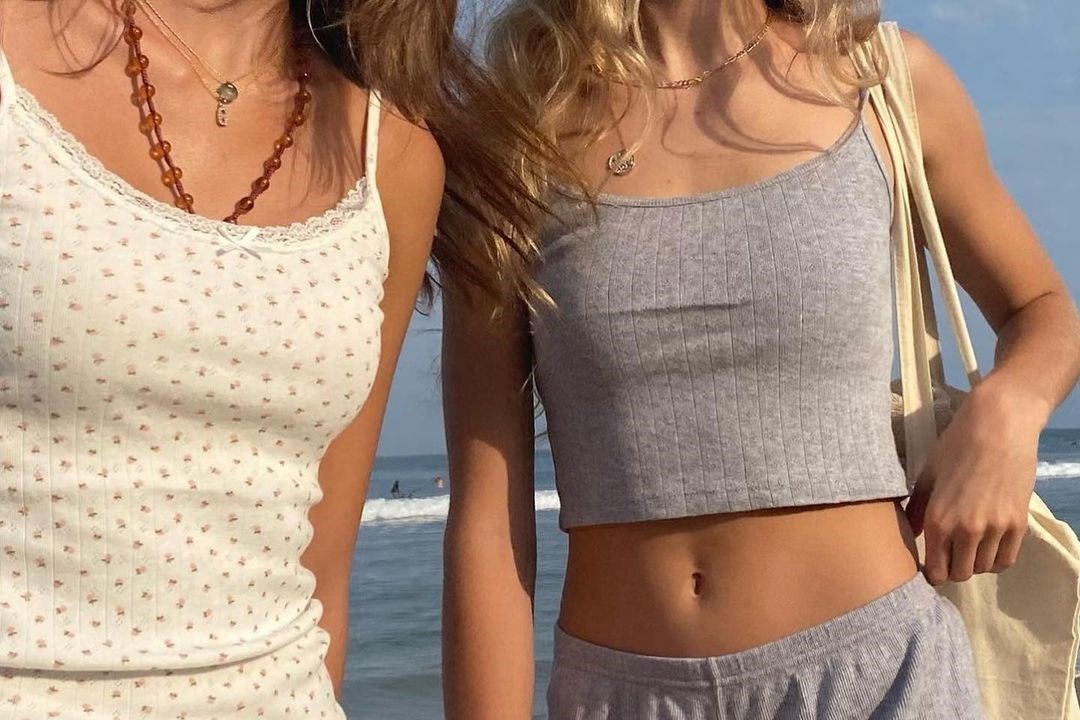 From discriminatory hiring practices and predatory behaviour to Holocaust memes, a new report has exposed the alleged racism, sexual misconduct, and antisemitism at the heart of the brand

If you spend the second weekend of April in Indio, California, or if you dress like you do, then you’ve probably heard of Brandy Melville. The fast fashion chain has become the go-to label for teen girls and Coachella outfits thanks to its Insta-casual uniform of crop tops, miniskirts, and cotton basics. However, with its ‘one size fits most’ sizing and notably white, thin, and blonde cast of models, the store has also garnered significant criticism. Now, it appears that was just the tip of the iceberg.

A new report from Business Insider this week exposed an allegedly toxic, exploitative culture at Brandy Melville rife with racism, sexism, and antisemitism. The discrimination comes directly from the top, according to former employees, who said Italian CEO Stephan Marsan demands the sales associates be young, thin, pretty, and white. “If she was Black, if she was fat … he didn’t want them in the store,” Luca Rotondo, a former senior vice president, told Insider.

Every day, the young girls who work at one of the 94 Brandy Melville locations are required to send a full-body photo to executives, a practice known as “staff style.” If Marsan decides a girl is too unattractive or heavy, he demands that she be fired. If he thinks there are too many Black employees, he has them replaced with white women, according to Rotondo. He and former Canadian store owners alleged in two separate lawsuits that they were fired from their positions after refusing to let go employees based on race and appearance.

Meanwhile, in the New York City flagship store, Marsan and fellow executives work from an elevated area where they watch shoppers, another former employee shared. When they see someone who fits the “Brandy Melville look”, they push a button which sets off a light prompting the cashier to ask for the girl’s photo so she can be recruited.

The photos of all candidates are then sent to executives who decide who to hire and at what rate. According to multiple current and former staff, a new floor employee’s pay is often determined solely by her appearance. “There was no sugarcoating it,” a former New York regional manager who left in 2017 said. “It was, ‘She is skinny, white, blond, and pretty – let’s hire her.’” Black employees, meanwhile, were often relegated to the storeroom or night shifts.

This predatory behaviour from the higher-ups extends to their interactions with the staff. Multiple sources alleged that teenage employees as young as 14 would be asked to undress in front of male executives to try on new clothing for them. Executives would take underage employees out for drinks, while Marsan’s right-hand man, Jessy Longo, was accused by several employees of inappropriately touching them. One former employee alleges that she was sexually assaulted by a store manager at an apartment owned by the brand.

It is not just the employees who are the target of racism and discrimination, it is also the consumers. Franco Sorgi, the owner of Brandy Melville stores in Canada and one of the plaintiffs in the second lawsuit, said Marsen told him directly that he didn’t want to see Black or overweight women wear his clothes because it would damage the brand’s image.

The Insider report also details antisemitism from Marsen and other executives including an instance where Marsan photoshopped his face onto Hitler’s body in a group chat with senior leadership. Chat members also frequently exchanged pornography, mocked Black people, and shared memes related to Hitler and the Holocaust. One edited image of a severely emaciated woman wearing underwear and a sash read “Miss Auschwitz 1943.”

“People don’t realize how corrupt this company is,” a current employee at a Massachusetts store told Insider. “It’s a disgusting company, and the company needs to be shut down.”