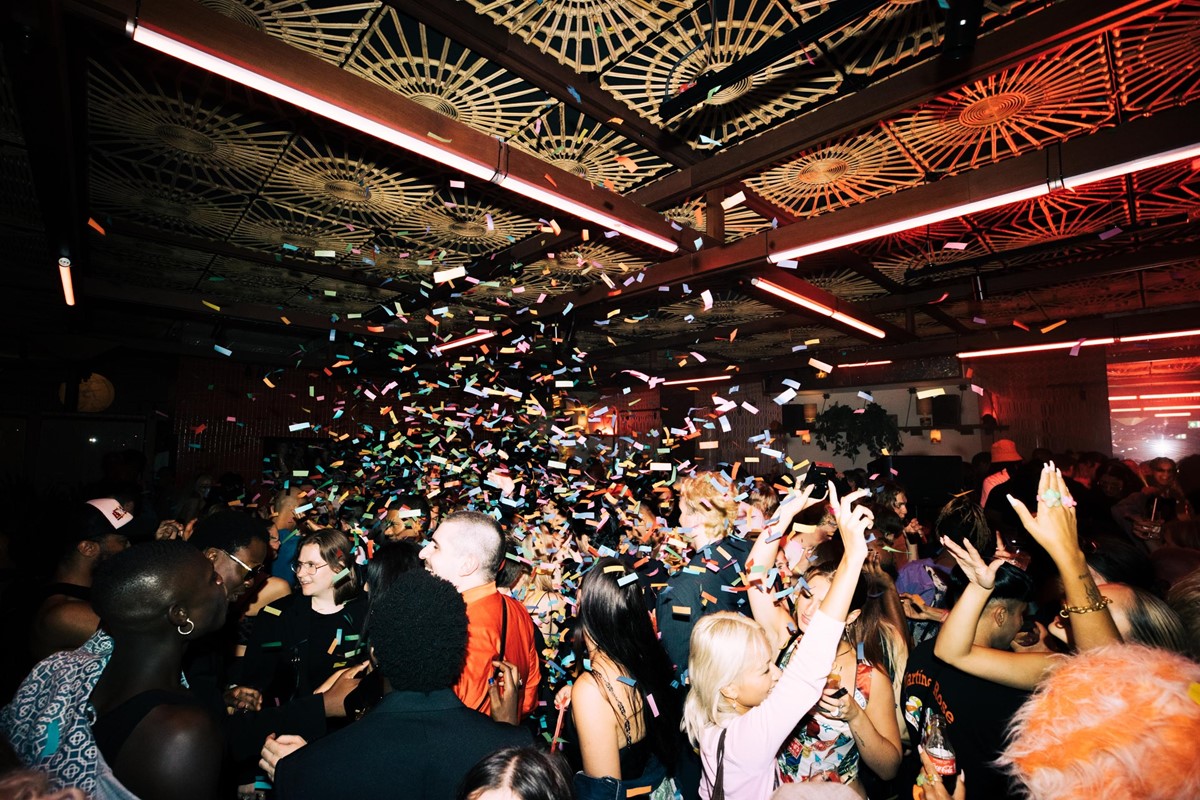 Reporting live from the morning after, here’s everything that went down at our star-studded fashion week soirée

As the old lady croaked at the end of Titanic, it’s been 84 years – only not since we last saw our lover slip beneath the ocean waves despite that door definitely being big enough for two, but actually since we got to let loose at a certified fashion season rager. Good news, then, that London Fashion Week is finally back in the flesh after a long stint in the digital realm, and what better reason for having a massive party than to celebrate Fashion East’s (slightly belated) big 2-0? With Lulu Kennedy and co linking up with legendary London boutique Browns at The Standard, London – plus yours truly, Dazed – here’s everything that went down.

IT FOLLOWED ON FROM THE SS22 FASHION EAST SHOW

…which saw the talent incubator take over London’s Institute of Contemporary Arts. Guests were greeted with Aperol spritzes, before taking in Jawara Alleyne’s standout presentation, and finally a real-life runway show. While Fashion East fam Goom Heo and HRH opted to show via digital means for another season, Maximilian Davis debuted a striking, sexy third collection as part of the initiative and newbie Chet Lo sent a series of swimwear-indebted, faded fluoro knits out for SS22 (of which Bimini Bon Boulash is a fan, given their look for the occasion). A special mention also goes to the very cute moment post-show that saw Davis embrace his mum just off-catwalk post-show. Not a dry eye among those with a decent vantage point.

Come on: Browns East? Fashion East? You know it makes sense. With Browns and Lulu Kennedy both longtime champions of rising talent, the two finally joined forces to shine a spotlight on Fashion East-ers past and present – with with bespoke installations at both Browns East and Browns Brook Street, and an influx of unique pieces by everyone from Charles Jeffrey and the designer formerly-known as Charlotte Knowles, KNWLS, right through to this season’s line-up.

IT TOOK PLACE AT THE STANDARD’S DECIMO BAR

…aka London’s premiere party hotel, where all sorts of debauchery happens in darkened corners on any given night. But this wasn’t any given night, meaning things got even wilder than usual – but like, come on, we’ve just spent 18 months in and out of lockdown, let us live! Those mooching about the bar (or otherwise losing it on the red-lit dance floor) included Jorja Smith, Kelsey Lu, Little Simz, Honey Dijon and Dazed cover stars Pa Salieu and Shygirl. Also getting in on the action was Olympian Dina Asher-Smith, Drag Race royalty Bimini, and Iris Law – plus Dazed’s Jefferson Hack and IB Kamara, who managed to show up despite having styled a whole bunch of shows at LFW this weekend. Some serious stamina.

The vodka maestros got to work shaking up endless Cirocco and Mule Caliente cocktails all night, which party-goers used to wash down a whole bunch of canapés – including mini vegan hot dogs, chicken yakitori skewers, and mac and cheese croquettes. Forget what you heard: the fashion crowd can eat.

…chatting with partygoers in the queue outside and chucking themselves (chaotically but carefully) on the road Lexi Featherstone style, as they pondered “whatever happened to fun?!” Inside, the two CSM grads headed for the VIP, where they bumped into legendary supermodel Kristen McMenamy and declared their “lives made”.

…AND EVERYONE ENDED UP ON THE DANCEFLOOR (OBVS)

Where the likes of James Massiah, Mischa Mafia, Lil C, Hassani Hotsteppa, and Manara, got behind the decks. As the night came to a close, the red light-bathed dancefloor was rained with confetti to celebrate not just Fashion East’s 20th anniversary, but the moment we all came together to dance and get drunk and sweaty again. Happy Birthday Fashion East – here’s to another two decades (and beyond).