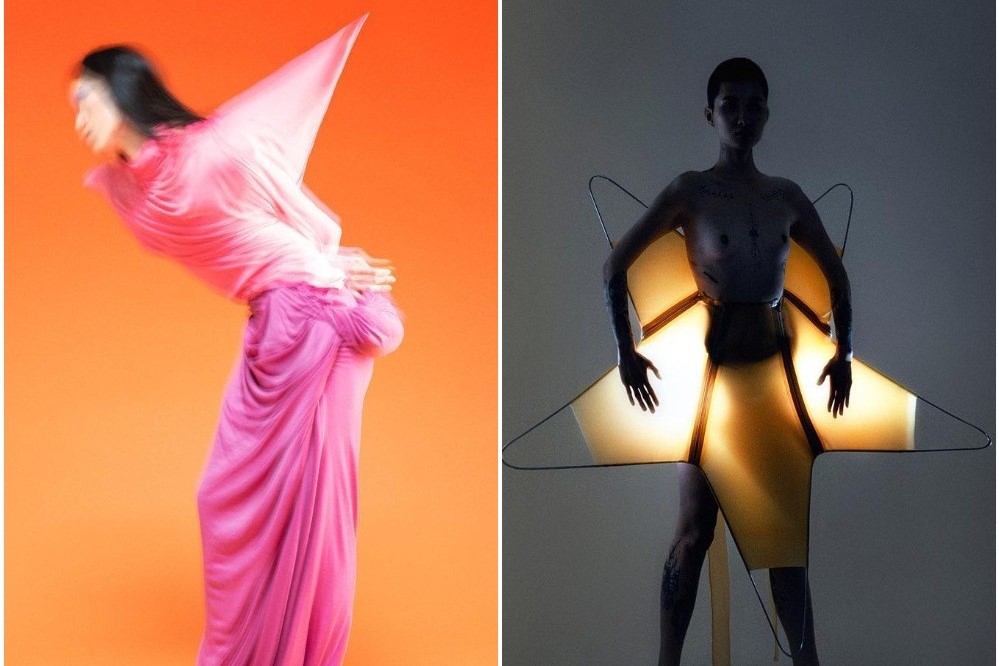 To stretch human flesh over the head of a torch or illuminate the inside of an amniotic sac, you’d imagine an amberous network of veins fanning into focus like tiny, life-giving roots. The body’s ability to evoke both warmth and weirdness is precisely what Mika Kailes has spent the past year exploring, and is the subject of his first standalone exhibition, Visceral Bodies.

Originally his finals project at university, the Helsinkian image-maker backlights gauzy, membranous fashions, transforming the work of his Central Saint Martins peers into squeamish “womb-like forms”. Because for Kailes, the act of wearing clothing is as corporeal as dancing or even being pregnant. “I’m very interested in self-expression through bodily experiences,” he says, namely “the transformational and transcendental qualities which come through movement and clothing.” It’s all linked and it’s in constant conversation with one another – which is why Kailes’ first port of call was Fredrik Tjaerandsen (the designer behind those filmy, organ-derived balloons) with whom he produced an AI-generated ultrasound-like video recording. “It’s one of the most emotive pieces of my work,” he says.

Between Chet Lo’s pinch-and-twist bodysuits and Ru Yen’s bulbous, mutating frocks, the project is all about “expanding the possibilities of how a body can be transformed and challenged”. As such, images often come digitally corrupted or distorted in woozy half-motion frames. And although Kailes photographed, styled, and cast each artwork himself, he stresses how Visceral Bodies only realised its full potential through collaboration. “Thanks to the people I met at CSM or whilst out clubbing in London, the final outcome was totally unexpected”. The most affecting moment of the exhibition, however, comes courtesy of Francois-Xavier, who has spun yards of latex across one of his shapeshifting metal frames – like skin hooked across an instrument of torture.

“My aim is always to capture something between the synthetic and the raw,” Kailes goes on, which is something he feels can only be experienced intimately. “I believe in the importance of physical space and truly being able to connect with people – especially post-pandemic.” To this point, Visceral Bodies runs until September 19 at the ArtSect Gallery in Clapton. And, much like how our bodies wobble in an ever-undulating state of flux, while Kailes sees this project “as a starting point for a continuous body of work,” he is “staying open to possibilities as they come along”.