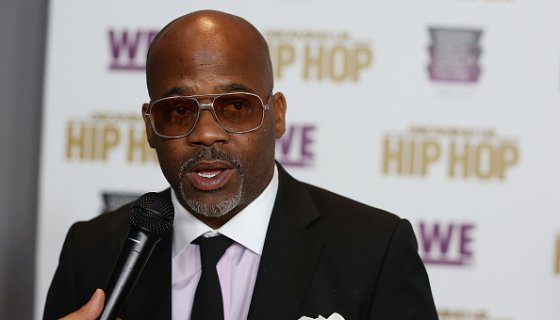 has some explaining to do. It seems the mogul has been out of pocket when it comes to his children.

As spotted on HipHopDX the had a very rough time during a recent sit down with his kids. On a trailer for WE TV’s Growing Up Hip Hop the Harlem native is seen sitting down with his oldest son and oldest daughter. In what seems to be a family therapy session Dash is accused of once telling his son Boogie “Don’t come around until you fix yourself” which is assumed to be a reference to the reality star’s alleged problems with alcoholism. His sister Ava also confirmed comment.

Damon goes on to deny the claim and then things get tense. “You’re not being honest” he says while continuously interrupting which prompted Ava to retort “You’re the reason we can’t talk”. The situation gets even more combative as Dame calls them both spoiled. This clearly frustrates his son as he proceeded to get up from the couch and motion that he would be leaving the set. To that Dame says “You’re so sensitive, you’re such a little girl”.

Happy birthday to my lil sis @ava_dash she’s growing up so fast! Y’all go show her some love an make sure it’s appropriate I’m at your front door with it…. love you!!!

The confrontational atmosphere causes the therapist to be concerned. While he attempts to quell the bad vibes Dame starts doing way too much with his words. He goes on to call both Boogie and Ava “stupid” and “disrespectful” before saying “You’re both clowns.” Dame proceeds to leave the premises with his White girlfriend Raquel Horn. You can see the exchange below.