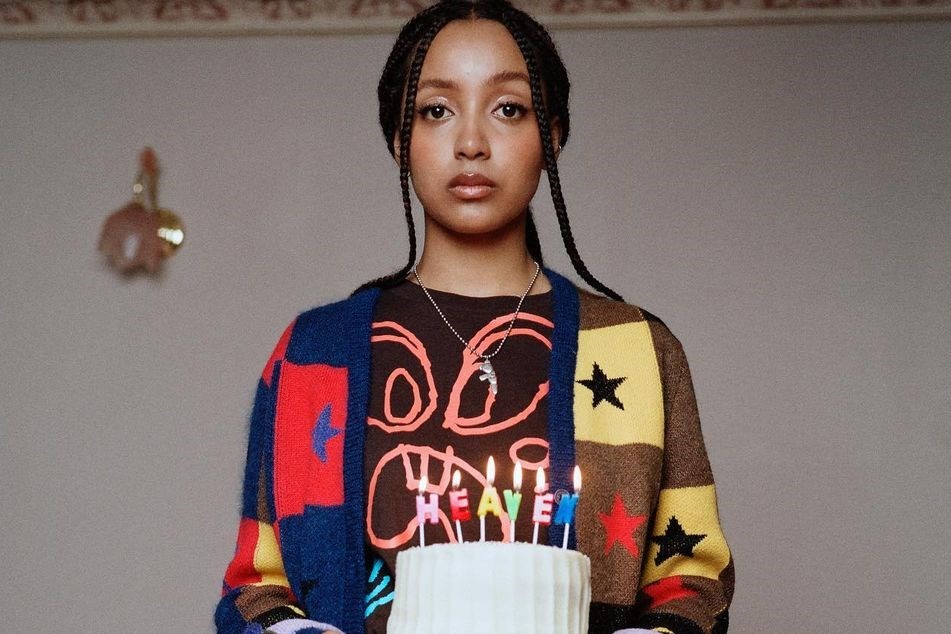 Up until now, PinkPantheress’ relative anonymity has proven a boon to her popularity. This summer, the singer-producer rose to fame as a faceless moniker on TikTok, where her syrupy, melancholic sound on tracks like “Just For Me” have been used over 2.2 million times. Yet, as she releases her first mixtape – To Hell With It – under major label Parlophone, the 20-year-old is now tiptoeing into the spotlight, debuting a music video, and her face.

PinkPantheress (real name unknown) has also just landed her first fashion gig, fronting Marc Jacobs’ youth-oriented line Heaven, joining the label’s pantheon of Gen Z muses, which include Beabadoobee, Iris Law, Bella Hadid, and Teezo Touchdown. In an image uploaded to Instagram, the musician is lensed standing in a house that time forgot, holding a birthday cake to the camera, while a Frankensteined teddy bear bag dangles from the crook of her hand. It’s emo enough, and a marriage of interests, given that PinkPantheress has previously compared the troubled teens in Jacqueline Wilson novels to the protagonists in her own songs. This shot, taken by Larissa Hofmann and styled by Danielle Emerson, could easily stand in as a poster for the live-action remake of Dustbin Baby or The Suitcase Kid.

It all just makes sense. Heaven’s pop-punk mashup of subcultural style tribes chimes with the genreless appeal of PinkPantheress, who is currently studying film in London. Though her back catalogue is narrow – see the memes about how short her concerts will be – its references are expansive, mining garage, jungle, K-Pop, drum and bass, Lily Allen, My Chemical Romance, and Imogen Heap to create her trademark “new nostalgia” appeal. Check out our interview with PinkPantheress here and flick through Heaven’s AW21 campaign here.