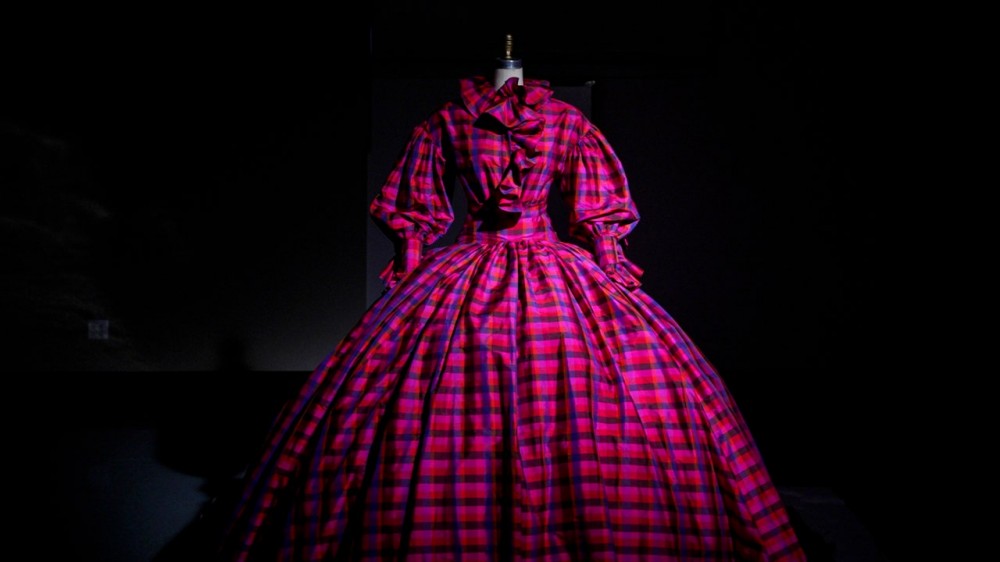 “Though today is the first Monday in May, we are not rolling out the red carpet on the front steps,” says the Metropolitan Museum of Art’s Marina Kellen French Director Max Hollein. But that doesn’t preclude the release of exciting new information about the Costume Institute’s two-part 2021 exhibit In America: A Lexicon of Fashion and In America: An Anthology of Fashion. Hollein was joined by Eva Chen of Instagram and Andrew Bolton, the Wendy Yu Curator in Charge of the Costume Institute, this morning at a virtual press conference that revealed all the details about the upcoming exhibits and galas.

Part one of the exhibition, A Lexicon of Fashion, will open September 18 at the Anna Wintour Costume Center at The Met, marking the Costume Institute's 75th anniversary. An intimate gala to celebrate the exhibit’s opening will take place on September 13, co-chaired by Timothée Chalamet, Billie Eilish, Amanda Gorman, and Naomi Osaka with honorary chairs Tom Ford, Instagram’s Adam Mosseri, and Anna Wintour. The exhibit will be organized to resemble a home, with intersecting walls and rooms, that will establish what Bolton calls “a new vocabulary that’s more relevant and more reflective of the times in which we’re living.”

“Traditionally American fashion has been described in terms of the American tenets of simplicity, practicality, and functionality. Fashion’s more emotional qualities have tended to be reserved for more European fashion,” Bolton says. “In part one we’ll be reconsidering this perception by reestablishing a modern lexicon of fashion based on the emotional qualities of dress.” The many rooms in this part of the exhibit will be titled to reflect the personal and emotional relationship we have to fashion: “wellbeing” for the kitchen galleries, “aspiration” for the office, and “trust,” the living room, for example.

In pushing the human connections to our clothes, Bolton is writing a new history of American style that focuses less on sportswear and Seventh Avenue dressmakers, instead framing designers as creators, innovators, and artists. “Taken together these qualities will compromise a modern vocabulary of American fashion that prioritizes values, emotions, and sentiments over the sportswear principles of realism, rationalism, and pragmatism,” he says. Pieces from Christopher John Rogers, Sterling Ruby, Conner Ives, Prabal Gurung, and Andre Walker feature in part one of the exhibition. Ruby’s Veil Flag, a short film presented at Paris Fashion Week, was recreated at the Met and its central piece, a denim American flag, will open the show, while director Melina Matsoukas will create a film for the exhibit that will evolve over the course of its run.

Part two, An Anthology of Fashion, will open May 5, 2022 in the period rooms of the museum’s American Wing. In this, it’s a natural coda to the museum’s trio of in situ Costume Institute exhibits that began with 2004’s Dangerous Liaisons: Fashion and Furniture in the 18th Century held in the French period rooms and 2006’s AngloMania: Tradition and Transgression in British Fashion set in the English period rooms. “In its conceptualization, part two actually preceded part one and actually inspired and informed it. For many years now we’ve been examining our collection to uncover hidden or untold stories with a view to complicating or problematizing monolithic interpretations of fashion. Our intention for part two is to bring these stories together in an anthology that challenges perceived histories and offers alternative readings of American fashion,” Bolton explains.

He and the museum’s curatorial team will work with American film directors to create cinematic scenes within each room that depict a different history of American fashion. Pieces from the midcentury couturier Anne Lowe and Stephen Burrows will feature in part two of the exhibition. “Key themes will include the emergence of an identifiable American style and the rise of the named designer with an individual aesthetic vision,” says Bolton. A second Met Gala will take place on May 2, 2022 to mark the opening of An Anthology of American Fashion. The exhibit will run through September 5, 2022 and is made possible by Instagram and with support from Condé Nast.

“For me, this past year confirmed what I’ve been thinking already: that American fashion is undergoing another renaissance,” Bolton says. We’ll see the fruits of fashion’s rebirth at the Met.