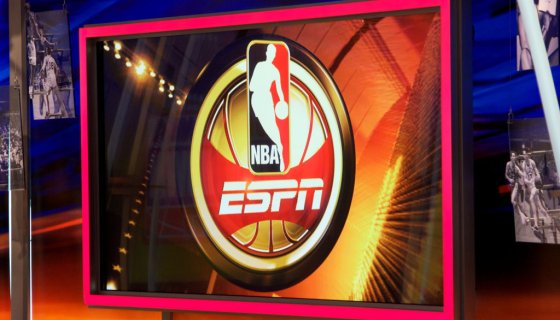 NBA fans are used to ESPN’s Senior Insider, Adrian Wojnarowski dropping his signature “Woj bombs” but was shocked to learn he direct an f-bomb to a Missouri Senator in an email.

Adrian Wojnarowski seems like the kind of guy who couldn’t hurt a fly and just loves to do his job and, that is providing us with the latest news involving the NBA and its players. was thrown for a loop Friday (Jul.10) when an email surface of Woj telling Missouri Senator Josh Hawley “f*ck you.” Hawley shared a screenshot of Woj’s response to him with the caption “Don’t criticize #China or express support for law enforcement to @espn. It makes them real mad @Outkick.”

In the email, the Republican Senator ridiculously asked NBA commissioner Adam Silver why the league’s predominately Black players couldn’t put phrases like “Support Our Troops” and “Back the Blue” on the back of their. He also asked about the NBA’s relationship with China as well.

If @NBA is going to put social cause statements on uniforms, why not “Support our Troops” or “Back the Blue”? Or given how much $$ @nba makes in #China, how about “Free Hong Kong”! Today I wrote to Adam Silver to ask for answers pic.twitter.com/PthYR4OxmE

We understand why Woj said what he said in the email. Anyway, when the news went public, Wojnarowski issued a statement shared on Twitter apologizing to Hawley and his fellow ESPN employees.

“I was disrespectful, and I made a regrettable mistake. I’m sorry for the way I handled myself, and I am reaching out immediately to Senator Hawley to apologize directly. I also need to apologize to my ESPN colleagues because I know my actions were unacceptable and should not reflect on any of them.”

“This is completely unacceptable behavior, and we do not condone it. It is inexcusable for anyone working for ESPN to respond in the way Adrian did to Senator Hawley. We are addressing it directly with Adrian, and specifics of those conversations will remain internal.”

After Woj issued his apology, many on Twitter felt he should not have apologized and sympathized with him. You can peep the reactions to Wojnarowski telling the Senator “f*ck you” in the gallery below.

it's okay Woj you simply yielded your time

WOJ dropped an F bomb lol if anyone was wondering pic.twitter.com/8ZF8YbndwV

The great thing about America is you can tell a US Senator to fuck off.

me on my way to defend the goat @wojespn #wojbomb pic.twitter.com/cdjgFi7rNz

Whats sad is we hold @espn @ESPNPR and @wojespn to higher standards than we do for elected officials like @HawleyMO. Who promotes lies and hate for those that think different than he does. #Wojbomb https://t.co/YUnYHUC6p7

“So I replied fuck you to em my good brother” pic.twitter.com/FHetSyA931

'I was disrespectful … my actions were unacceptable and should not reflect on any of [my ESPN colleagues]' pic.twitter.com/kpY6suDl8i

I will always stand with @wojespn. I’m mad he apologized for expressing himself in a private email that a jackwagon politician aired out. You send a politically motivated email, you deserve whatever response you get. I wish Woj had said what he said twice. https://t.co/I04Pzt0xcM

Lol why apologize for being right?

apology not accepted, on the grounds that you were right