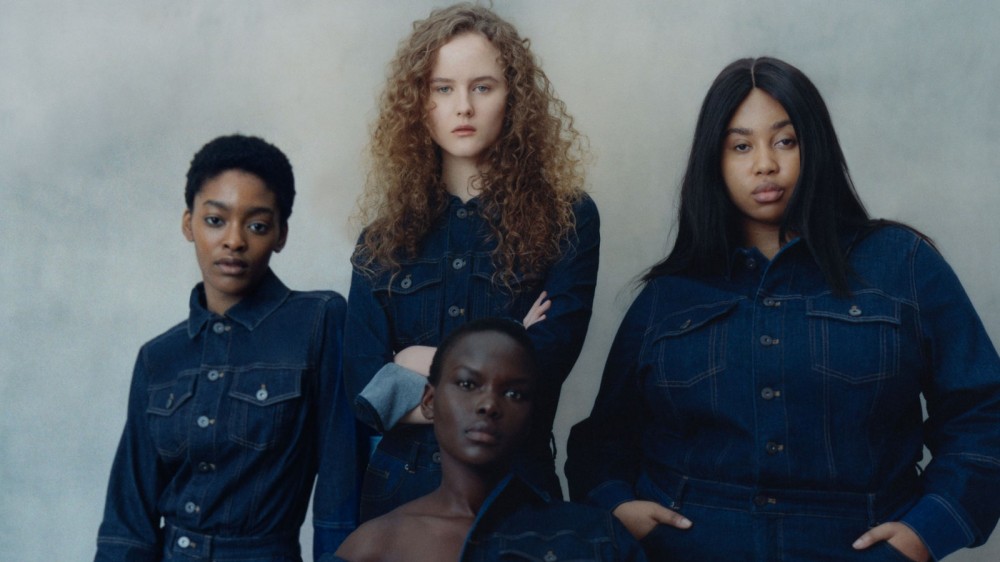 Universal Standard’s collaboration with Erdem, launching today, introduces the world to an eight-piece capsule of covetable denim and floral tops and dresses offered in sizes 00 to 40. The collection is welcome news, an all-too-rare moment where one of the world’s premier fashion luxury labels is accessible to a wide range of people. Still, long before Universal Standard’s co-founder Alexandra Walman and Erdem Moralıoğlu ever met, the British designer was on her radar. In 2015 when Waldman and Polina Veksler founded Universal Standard, the team drafted a list of needle-pushing brands they’d love to work with. “These were people who were doing these incredible and special things,” shared Waldman via Zoom. “Erdem was at the top on that wishlist [and] as soon as we were free to do so, we started working on this together.”

Introduced to the designer by Net-A-Porter founder Natalie Massenet at the start of 2020, Waldman and Moralıoğlu immediately hit it off. After successful collaborations with Rodarte, Adidas, and J.Crew, Erdem was a logical next step. A singular talent whose creations have been worn by everyone from Beyoncé to the Duchess of Cambridge, Moralıoğlu has become known for his rigorous technique and irreverent take on ultra-feminine dressing. Universal Standard’s minimal aesthetic is at the opposite end of the spectrum, but the two brands’ differences made the collaboration especially appealing and the final product so compelling. “So much of my work is about narrative and story, things that aren’t necessarily utilitarian,” says Moralıoğlu. “The beauty of Universal Standard is that it is accessible to so many people; it truly is universal. It’s [also] utilitarian in a chic way. There is a straightforwardness to the language of the brand that I thought was so interesting to apply to my world.”

The process was synergetic, even though COVID-19 made international travel next to impossible. Both Moralıoğlu and Waldman were in every fitting and meeting, ensuring the clothes met both of their expectations. Still, the resulting designs boast Moralıoğlu’s distinctive point of view. Those familiar with the romanticism of his ready-to-wear may find his foray into a casual material like denim surprising. Still, he brings luxury to the wardrobe staple. Though he’s featured jeans on his runway—notably pre-fall 2021’s petal flecked Millicent jeans—the collaboration marks his first deep dive into the category. “I loved that we would be making a true blue and white denim collection, because it’s something that is different to my world,” says Moralıoğlu. “I enjoyed the idea of creating a kind of uniform around this piece of clothing that everyone has in their wardrobe.”

Given the ubiquity of the material, Moralıoğlu sought to elevate the designs by focusing on the concept of handcraft. “I thought, how do you create something that feels like it has a human touch like it’s been patchworked together or played with interestingly,” says Moralıoğlu, who combined washes and weights of denim within multiple pieces to create the relaxed vibe he was looking for. “The idea that you would have these specific pieces that could be merged or taken apart interested me, taking different washes and using them on a boiler suit silhouette or a relaxed cotton poplin dress that’s layered over jeans. Even playing with the exposed raw edges of the denim in a way that felt modern.”

With everyone already in possession of a favorite pair of jeans, consumers are on the hunt for something that feels special. The mix of indigo shades and contrast stitching on his straight leg ‘Hana’ jeans, or the frayed edge cutting across the length of his whitewashed ‘Jasmine’ knee-length skirt gives both a versatility that can take them beyond casual settings. Likewise, his retro-inspired ‘Myrtle’ jumpsuit has an easy charm, but it would look right at home layered beneath one of those feather-flecked coats Moralıoğlu showed on the runway for fall. Fans of the expressive use of pattern that has become one of Moralıoğlu’s signatures are sure to be smitten with the ruffled blouses an shirt dresses bearing playful primrose prints. “I’ve always tried to imagine [my woman] from the moment she wakes up to the moment she goes to bed,” he says. “Day is something I’ve been exploring and have always [considered], but I hadn’t imagined her in this practical denim world yet.”

Pragmatism has been increasingly top of mind as Moralıoğlu has expanded the sizing within his eponymous collection from a UK 6 to 22, and begun the process of adapting his designs. “It’s been a long time in the making because I felt that to have inclusive sizing, we needed to get it right,” he says. “There is so much bespoke that we do, and we have clients from all over the world who have different requirements in terms of sizing. It was such an obvious gap that we weren’t catering to all our customers equally, which wasn’t right. So we’ve been working on it for the last four seasons slowly to figure out how we offer it and do it the right way.”

Working with the team at Universal Standard proved eye-opening. “During our fittings, I learned so much from Alex about addressing different needs,” says Moralıoğlu. “There is a learning curve. How do you take that perfect pair of boyfriend jeans and make them look beautiful and hit the right places from size 00 to 40? She would talk about customers who have a disability and the idea of making it comfortable for them to get in and out of their jeans, how you make fashion truly accessible.”

For Waldman, it was important that Moralıoğlu’s be given carte blanche within the collaboration and the support necessary to take his designs into new territory. “This is his, and that’s what makes it special,” she says. “We were there to speak to the sizing and grading, those aspects that we’ve gained so much experience with. The whole reason we’re in this space is to show the industry that this is not just possible, but it’s possible to be done beautifully.”

As one of the few brands to offer such an inclusive range, Universal Standard has raised the bar for fashion access. In the six years the line has been on the market, Waldman has seen the rest of the industry slowly get on board with the idea that sizes should extend beyond the 0 to 12 many luxury houses still adhere to. “This is where fashion should have always been. We’re playing catch up with ourselves,” she says. “I’m starting to sort of turn away from the term inclusivity and move towards the term equality because giving women the opportunity to have these beautiful clothes should be an even playing field type of situation. Ultimately this is about access and dignity.”