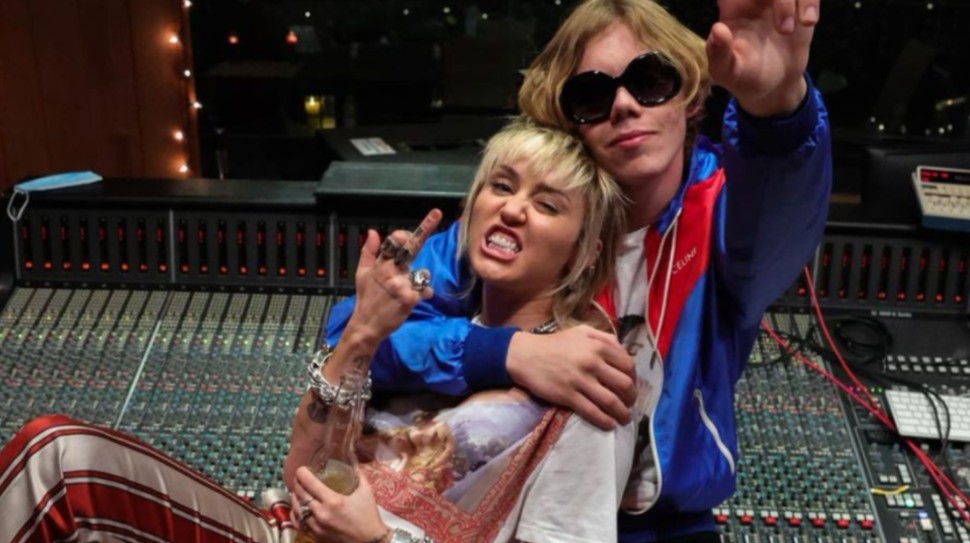 The song opens up with a serene guitar riff accompanied by Miley’s remarkable vocals, where soon the Australian rising star joined Miley. The chorus featured both artists, while the verses are equally divided between the Waterloo-born artist and Miley.

The Kid Laroi’s vocals are absorbing and calm, while Miley’s are engaging and bold, where they together make a perfect mix.

The remix also has a music video that features both Miley and The Kid Laroi vibing next to a colossal mushroom.

The line that made the song this popular was,” You can’t make a wife out of a ho.” Which was also featured in several TikTok videos, becoming a trend.

Both Miley and The Kid Laroi will throw a performance on May 8 on “Saturday Night Live,” this will be the artist’s first appearance on the Studio 8H stage.

The co-writer and producer of the song, Omer Fedi, made this collaboration a reality.
“We met through Omer because we’d been working together, and we talked about maybe doing a remix of ‘Without You,’” Laroi said. “Omer came to me and was like, ‘Hey, would you want Miley to do the remix?’ And I was like, ‘Yeah, that would be dope,” Laroi revealed.

Watch the music video of “Without You” (The Remix):