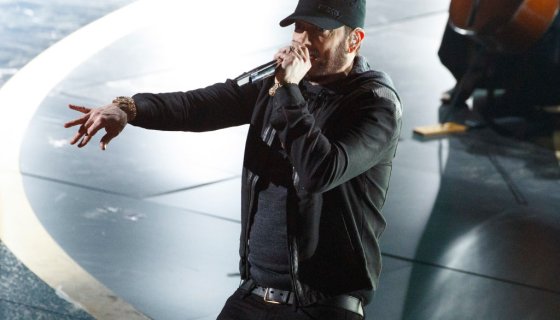 If the coronavirus situation has taught us anything, one thing that can’t be argued is how boredom inspires some spectacularly strange moments in social media usage. After the term “Marshall Law” began trending with some assuming this meant was dropping a new project, Slim Shady himself had to take to Twitter and correct the masses.

With COVID-19 concerns rising by the day, the term “martial law” has been floating around with , a Republican representing the state of Florida, speaking on the practice but misspelling it as “marshall law.”

“Please stop spreading stupid rumors about marshall law. COMPLETELY FALSE We will continue to see closings & restrictions on hours of non-essential businesses in certain cities & states. But that is NOT marshall law,” Rubio tweeted.

He later corrected himself, writing, “I apologize for the typo. I meant to type stupid rumors about marital law not marshall law. My bad.”

For whatever reason, “Marshall Law” began trending on Twitter with many thinking that Eminem was set to release some pandemic bars for the masses but he shut it down after quote-retweeting Rubio’s “correction.”

“Sorry guys…Marshall Law: not a thing,” Eminem wrote in the retweet caption.

Hopefully, some kind English teacher or professor can lend a hand to Sen. Rubio in proper spelling and uses of terms in their off time.